Home
Commonly Confused Words
Confused Words: A
ADAPT vs ADOPT: How to Use Adopt vs Adapt Correctly?
1.7kFacebookTwitter1.1kPinterestLinkedIn
2.9k
SHARES

ADAPT vs ADOPT!!! Many students confuse the words ADOPT vs ADAPT. Learn the difference between the two verbs and how to use them in English.

What’s the difference between Adapt vs Adopt?

Adapt and adopt share similar spellings, but they are not one and the same. In order to understand the differences between adopt vs adapt, let’s look at their definitions and examples.

Adapt has three definitions, all related to change.

Adopt has four definitions, both related to choosing or accepting something.

Difference between Adopt vs Adapt | Infographic 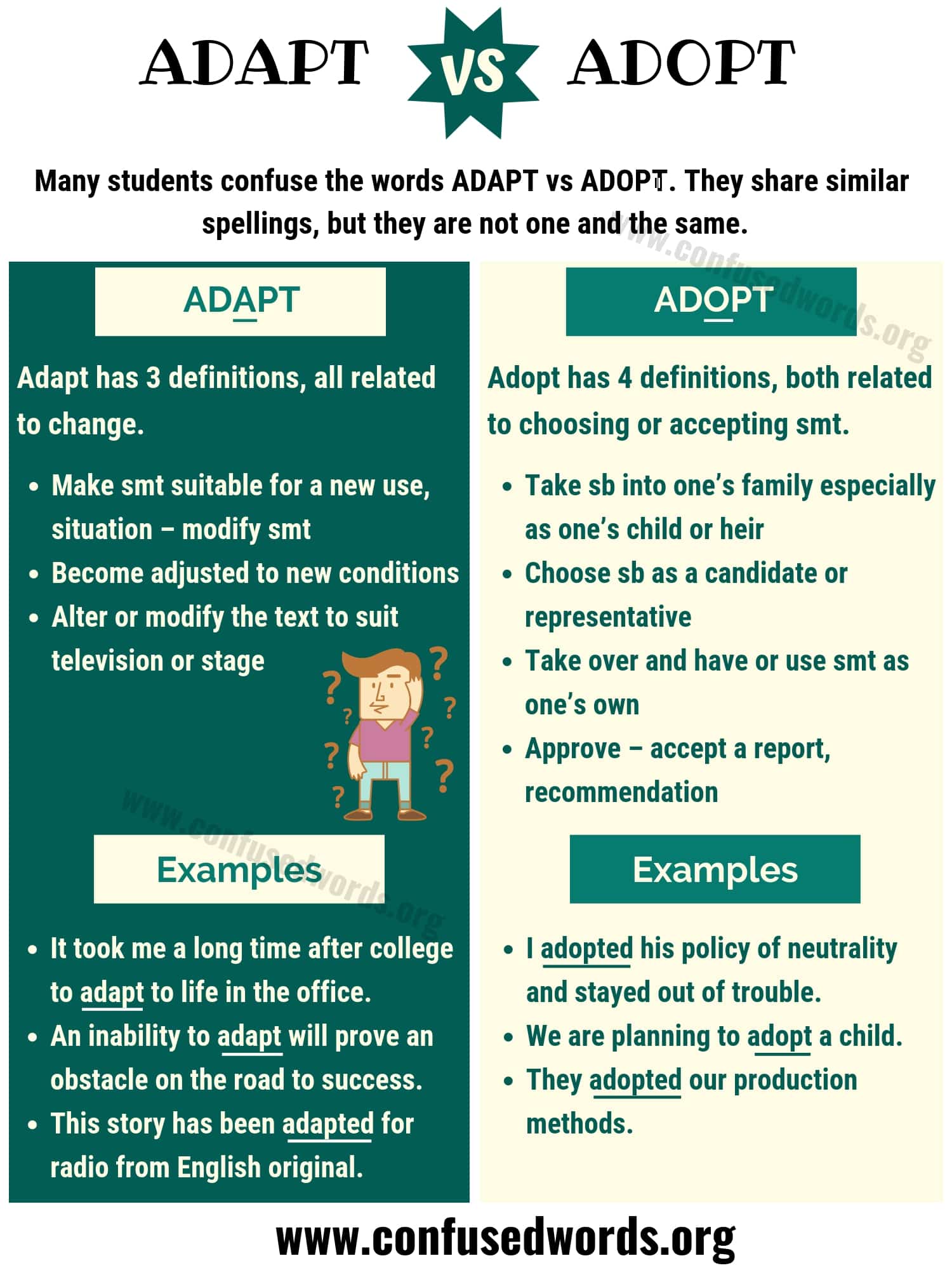