Dreamed or Dreamt!!! Dreamed and dreamt are both acceptable as participles in the past tense. What is the difference in usage between dreamed vs dreamt?

There is no difference between dreamed vs dreamt. Both are considered correct. Dreamed and dreamt each form the past tense and past participle of the verb “dream”, which means to imagine or to experience visions of thoughts as you sleep.

When to Use Dreamed

When to Use Dreamt

Dreamt is much more common in British English.

How to Use Dreamt or Dreamed Correctly? | Infographic

British vs American Spelling: When to Use Dreamed or Dreamt 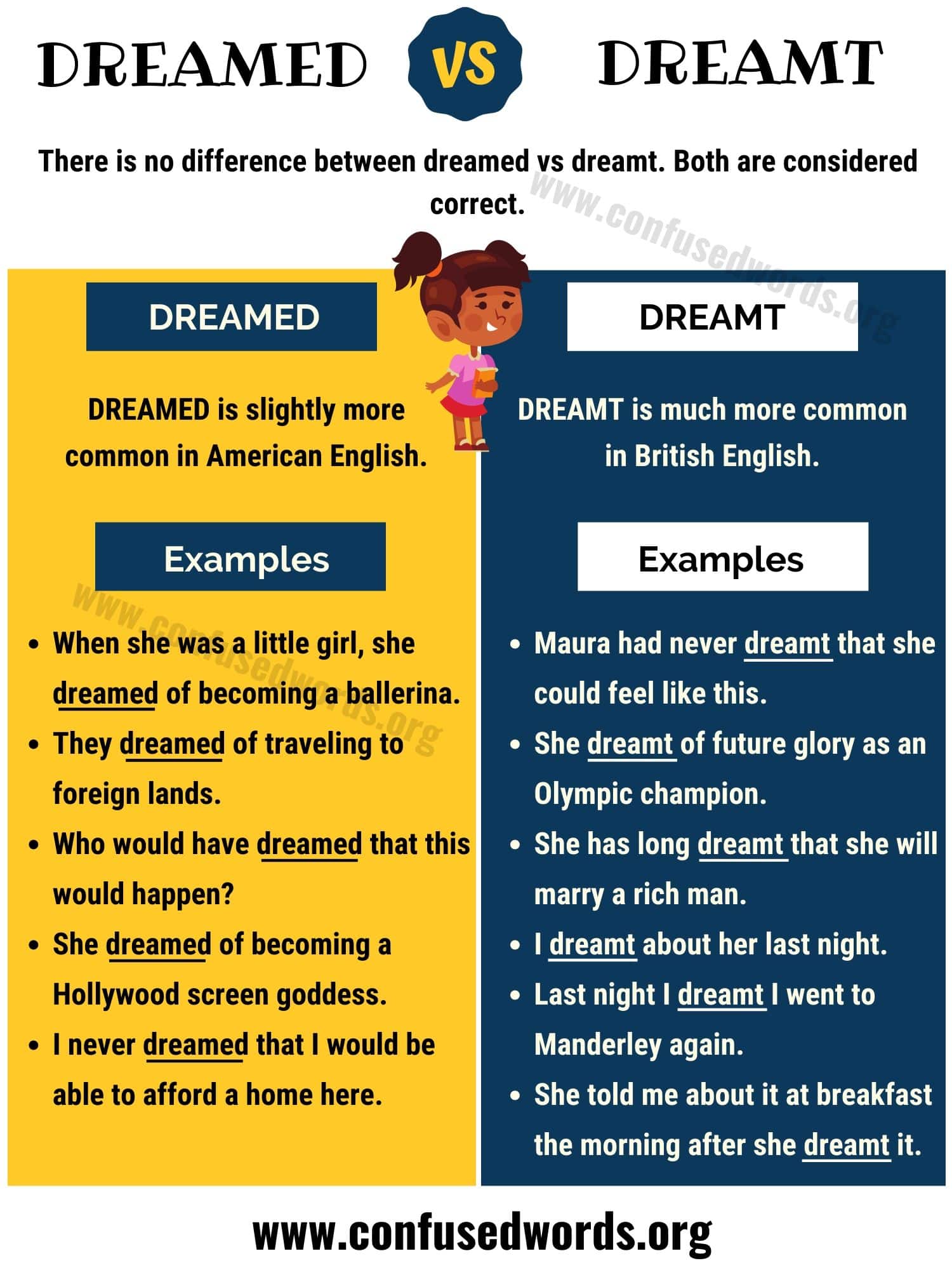