PRINCIPAL vs PRINCIPLE!!! What’s the difference between Principle vs Principal? Principal and Principle are often confused but do not, in fact, share any meanings.

PRINCIPLE or PRINCIPAL – When to Use Principal or Principle in Sentences?

Principle vs principal: It’s very easy to confuse these two words. Principal and principle are another set of homophones, which, despite sounding identical in their pronunciation, have completely different meanings.

Principal is both a noun and an adjective.

PRINCIPLE or PRINCIPAL – How to Use PRINCIPAL vs PRINCIPLE Correctly? 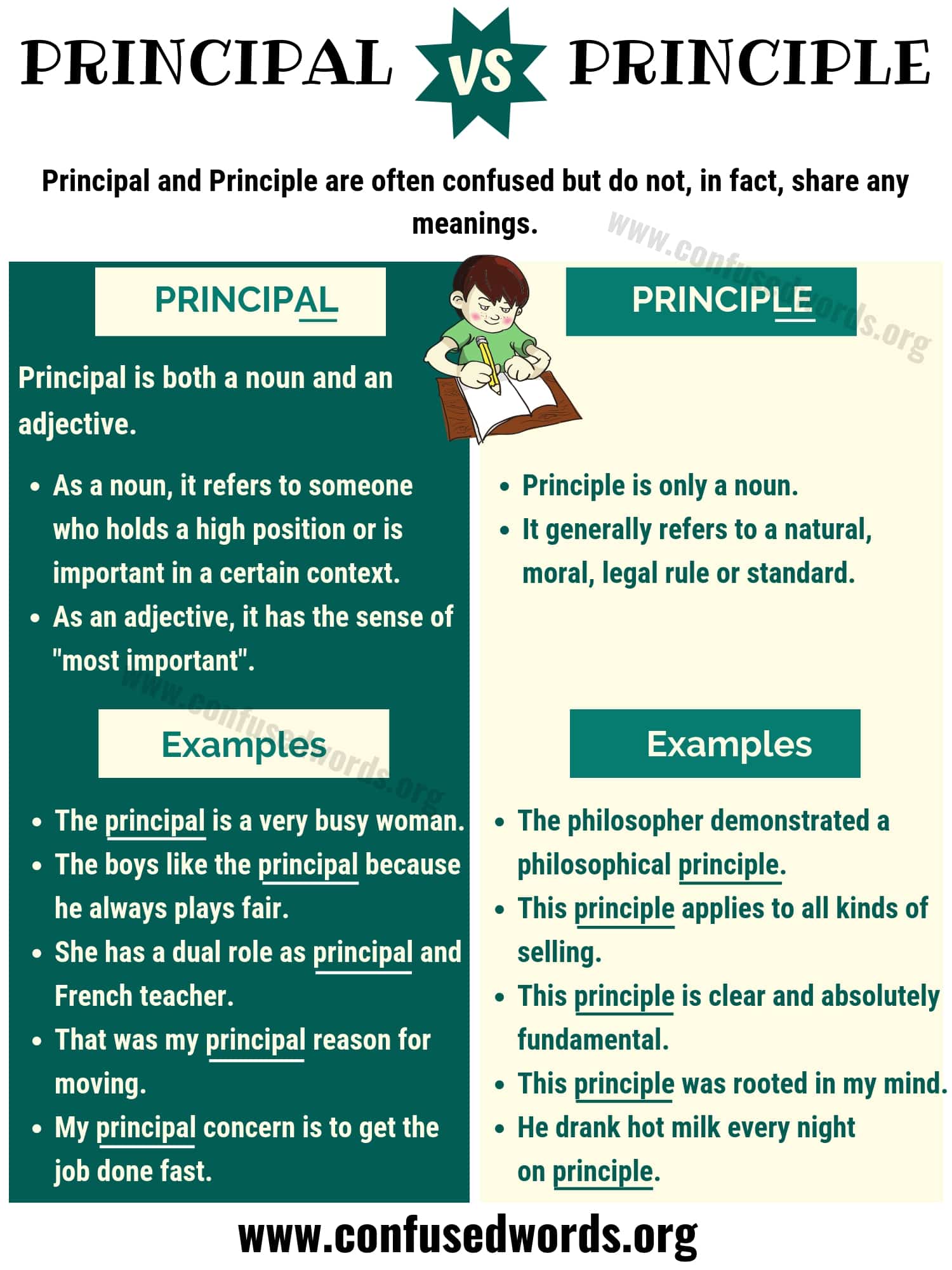