Home
Commonly Confused Words
Confused Words: T
TO TOO TWO: How to Use To vs Too vs Two in English
2.1kFacebookTwitter1.3kPinterestLinkedIn
3.5k
SHARES

TO TOO TWO!!! What’s the Difference between To vs Too vs Two? It is best to be clear on the meanings of these three words so as not to confuse them in everyday usage.

Too To Two! What’s the Difference Between Too vs To vs Two?

The terms to, too and two sound exactly alike but have three different usages. They are examples of homophones. They sound alike, causing confusion to some people despite their different uses.

TO Definition and Examples

TOO Definition and Examples

Two is the number that follows “one” and precedes “three”. It has no other meaning. 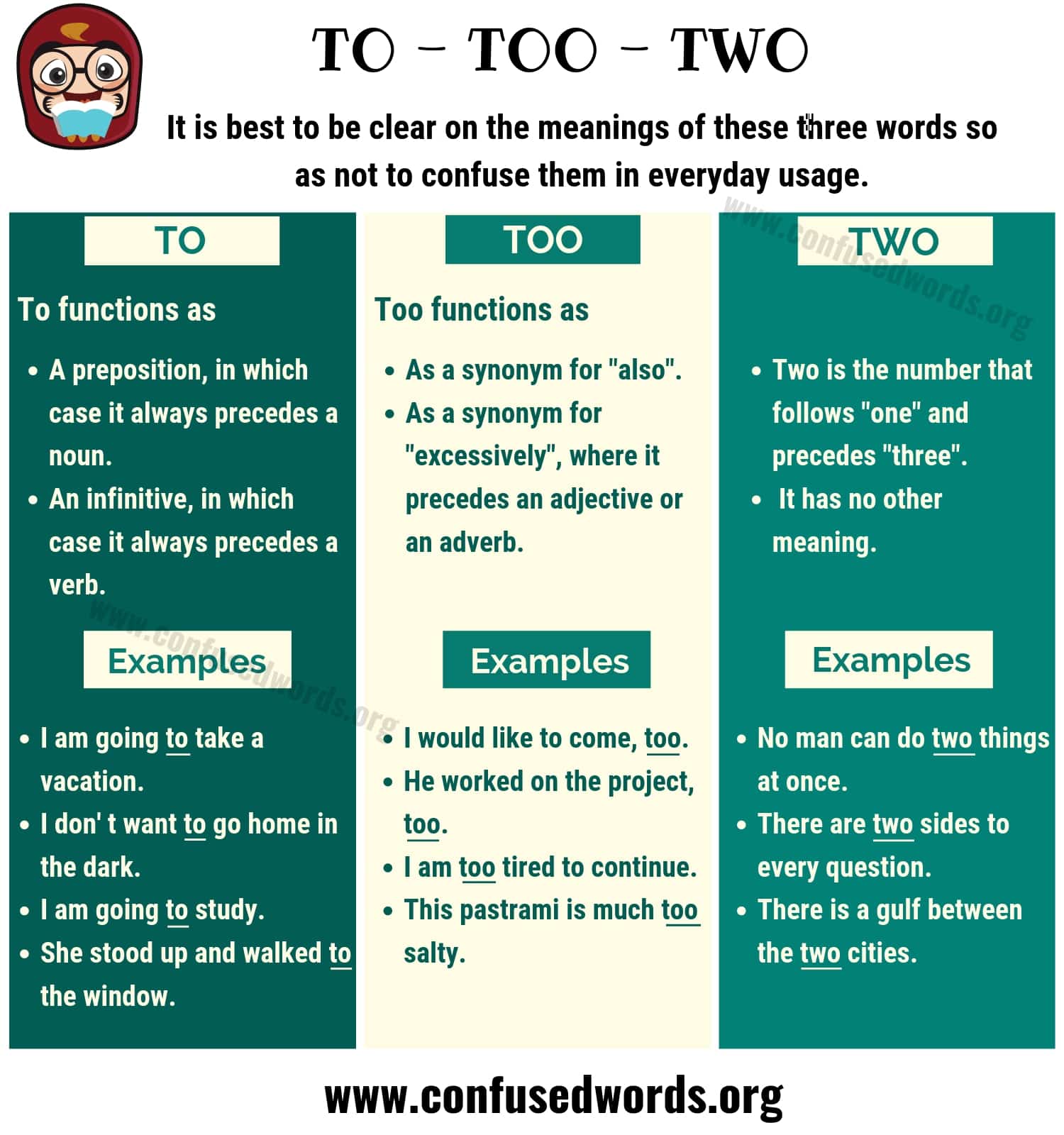