Home
Commonly Confused Words
Confused Words: T
THAT vs WHICH: Difference between Which vs That (with Useful Examples)
88FacebookTwitter43PinterestLinkedIn
131
SHARES

When to Use That

When to Use Which

Which should be used to introduce a non-restrictive or parenthetical clause. A nonrestrictive clause is one that is nonessential to the meaning of the sentence. If you removed it, the sentence would still be understood.

Difference between Which vs That | Infographic

That or Which: How to Use Which or That Correctly? 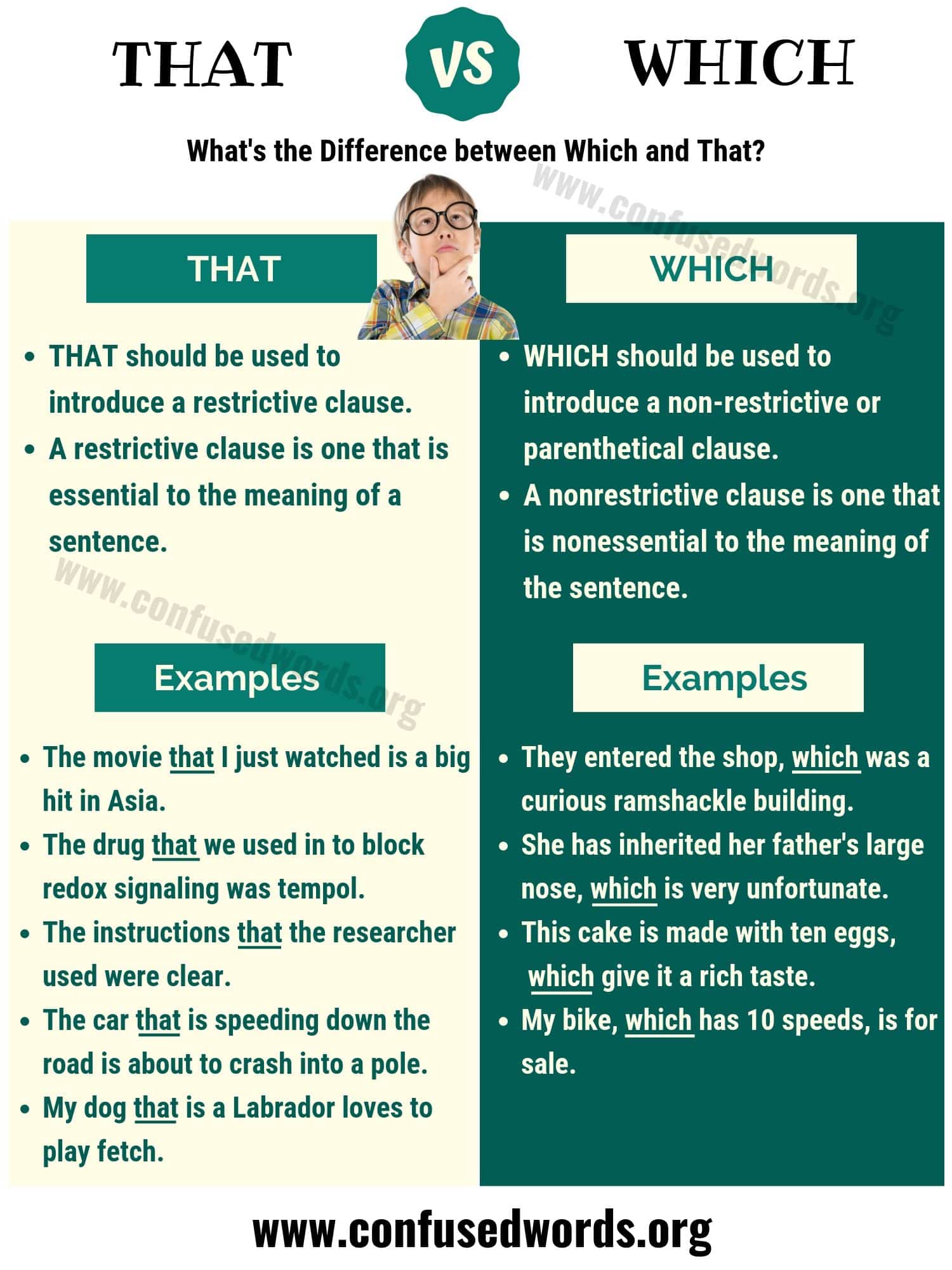