STATIONARY vs STATIONERY! How to Use Stationery vs Stationary in English sentences? These two words are among the most frequently confused in the English language, although their meanings are vastly different.

Stationary and stationery often cause confusion among both English learners and native speakers. They’re homophones, which means they have the same pronunciation. They sound almost identical, but they are very different in meaning.

Stationary is generally an adjective that is used to describe something that is not moving.

Stationery is a noun that refers to writing material and office supplies such as pens, paper, clips, etc.

The difference in the spellings of the two words can be used to remember their meanings: the second “a” in stationary can be thought to stand for the adjective. It is replaced by an “e” in stationery.

Difference between Stationery vs Stationary | Infographic 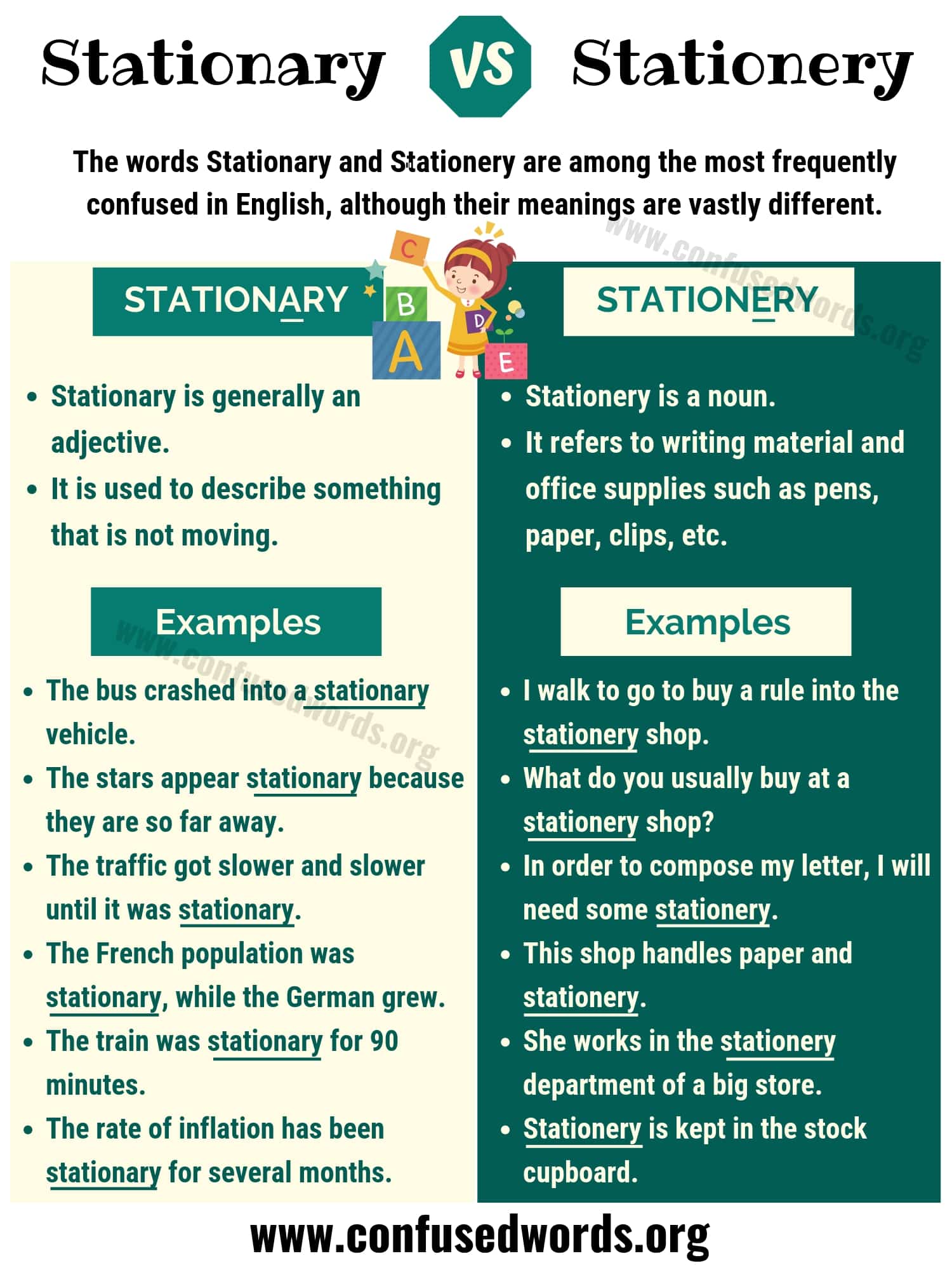