Home
Commonly Confused Words
Confused Words: I
ITS vs IT’S: How to Use It’s vs Its Correctly?
1.4kFacebookTwitter2.3kPinterestLinkedIn
3.8k
SHARES

ITS vs IT’S??? What’s the Difference between It’s vs Its? This lesson compares Its and It’s.

It is important that you understand the difference between IT’S vs ITS. They are a pair of homophones.

Its and It’s are very often used incorrectly by native speakers. When you’re in a hurry, you might write “it’s” when you really mean “its,” or the other way around. You need to be aware of this mistake and know when to use which.

ITS Meaning and Examples

How to Use It’s vs Its | Infographic

Its or It’s – What’s the Difference between Its vs It’s? 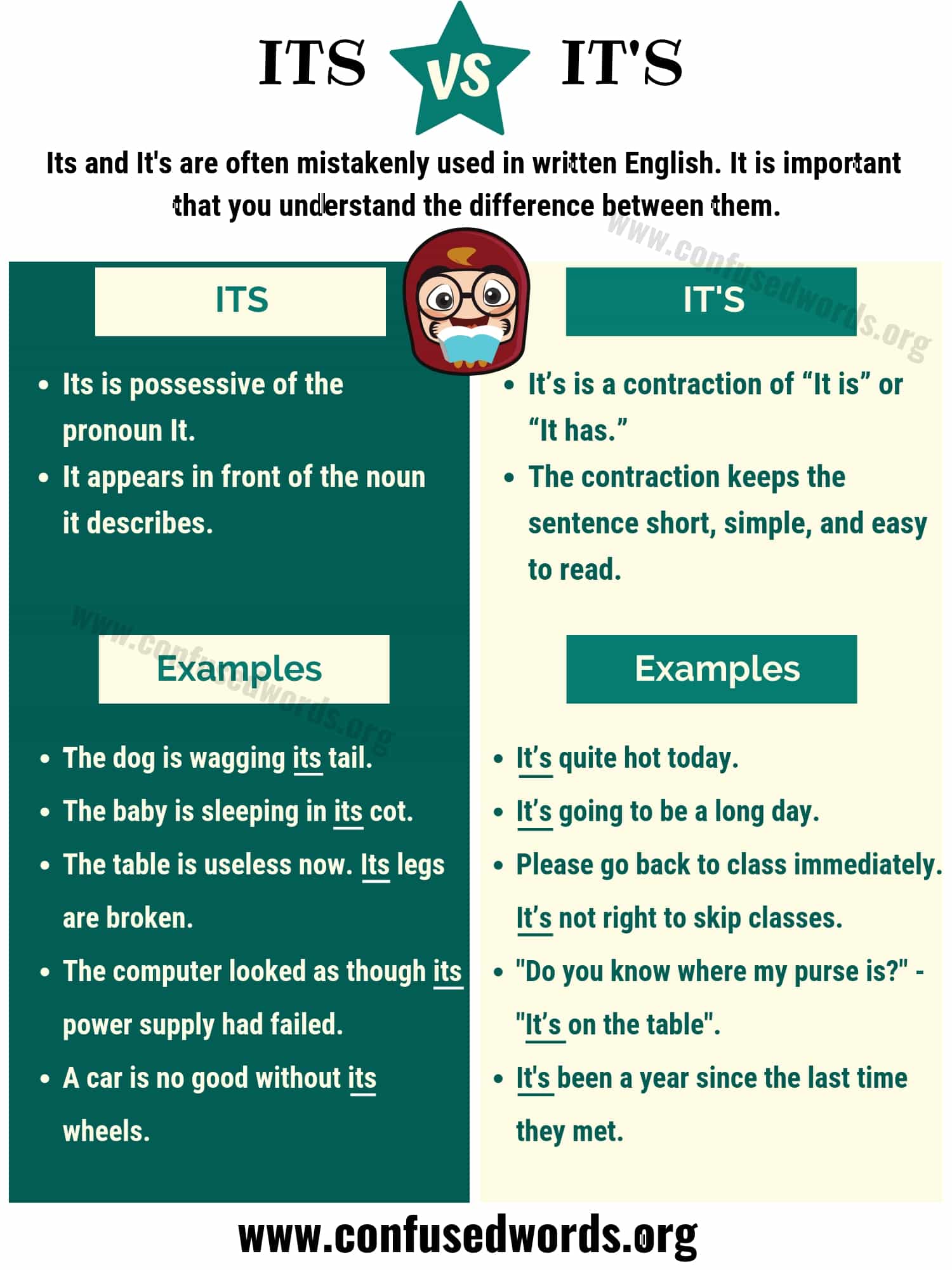