Democrats vs Republicans, these two parties run America’s political standings but have very different ideas. This comparison explains the main differences between the political standings and policies of both parties on severe issues such as taxes, government involvement, entitlements such as Social Security and Medicare, gun control, healthcare, abortion, immigration, environmental regulation. and policy.

Democracy is a form of government where the voice of the majority rules and the people choose their own government, once the majority is in motion, the minority has no voice. However, in a Republic, there is a constitution of basic rights or charter that protects the minority from being completely or unrepresented. We can locate moderates and extremists on both ends. Therefore, the Democratic and the Republican Party are very different, while there are traditional standings, their positions do not oppose as neatly and the reality is rather blurred.

Difference between Democrats vs Republicans

The origins of the Democratic Party can trace back to the anti-federalist factions around the time of America’s independence. The factions were sectioned off into the Democrat-Republican parties. Founded in 1854, Republican Party, by activists in the fight for no more slavery. Republican philosophies lean more towards freedoms for individuals, rights, and responsibilities, whereas the Democrats lean towards equality and community and social influence.

One of the main differences between the two parties’ ideals. Democrats tend to lean more towards an active role for the government and believe that it can improve the nature of people’s lives and can achieve the greater goals of equality and opportunity. Republicans tend to need a smaller government in terms of the responsibilities and roles of government. The Democratic party discrimination-free laws and environmental regulations for work, whereas, the Republican party thinks such laws and rules threatening to job and business development because these laws have consequences that are unexpected.

Difference between Democrats vs Republicans | Table

What’s the Difference between Democrats vs Republicans 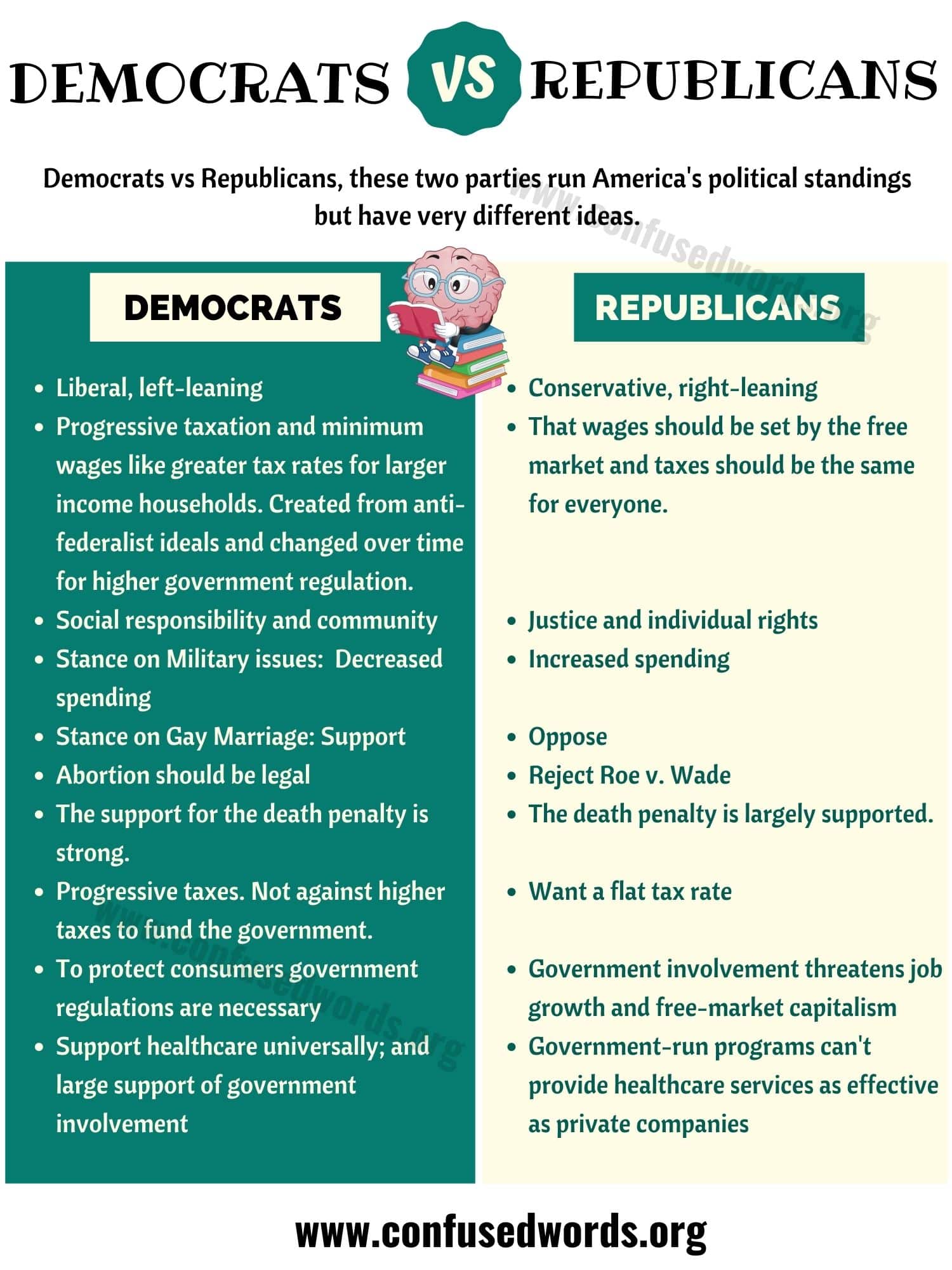