Possum vs Opossum!!! People often use opossum vs possum when referring to a marsupial. However, they are entirely different animals. Possums live in Australia and opossums live in the North American.

Possum or Opossum? What’s the difference between Opossum vs Possum?

Both the possum and opossum are marsupials, but they are completely different animals.

When to Use Possum

When to Use Opossum

When to Use Possum or Opossum | Infographic 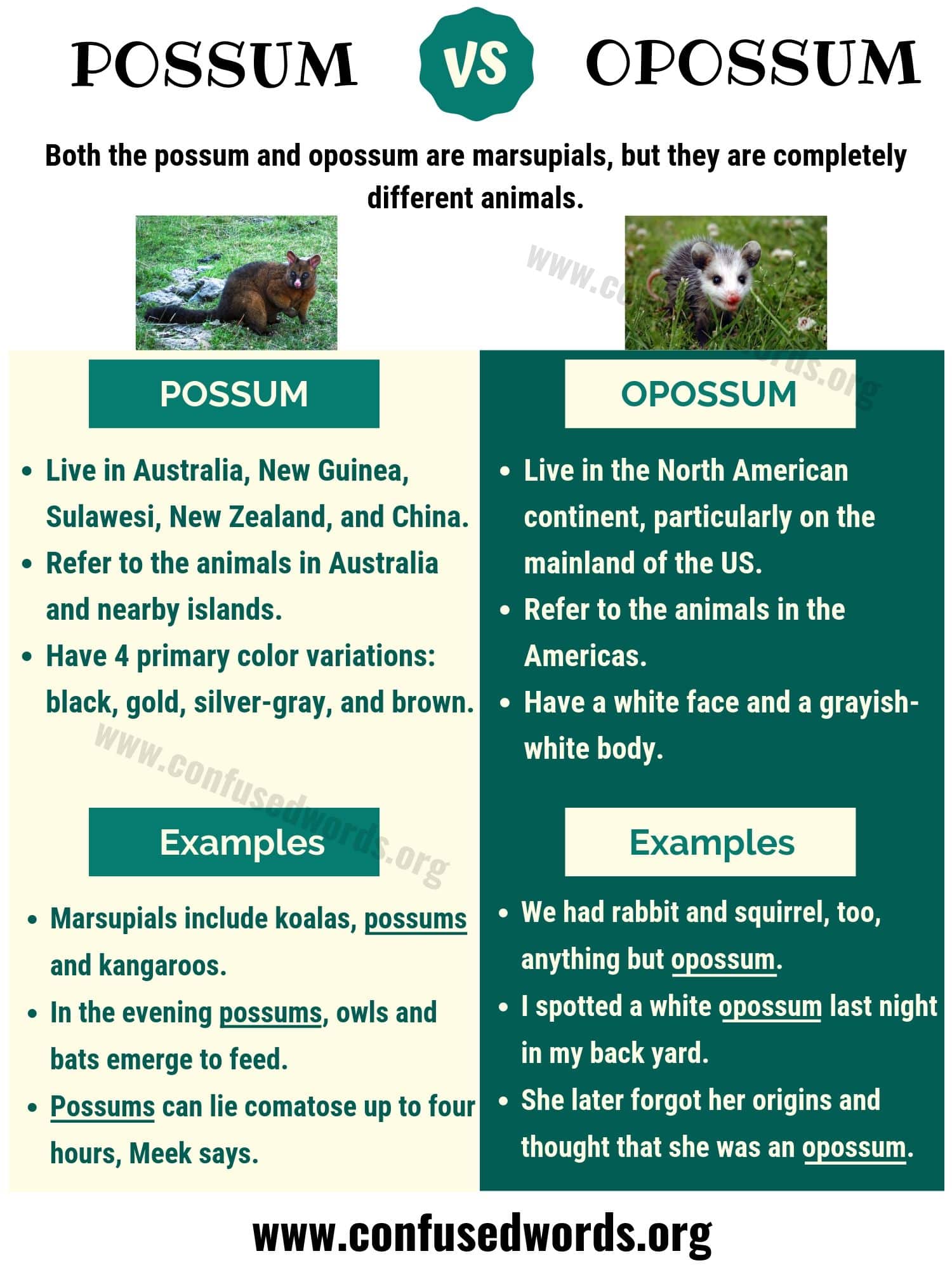