CAPITAL vs CAPITOL!!! What’s the Difference between Capital and Capitol?

Capital or Capitol? When to Use Capitol or Capital?

Capital and capitol are English homophones. Learn the difference between Capitol vs Capital.

Capital can act as either a noun or an adjective. It has several definitions.

Note: When referring to the U.S. Congress’s building, Capitol should have a capital C.

Capitol vs Capital – When to Use Capital or Capitol | Infographic

Capitol or Capital – How to Use Capital vs Capitol 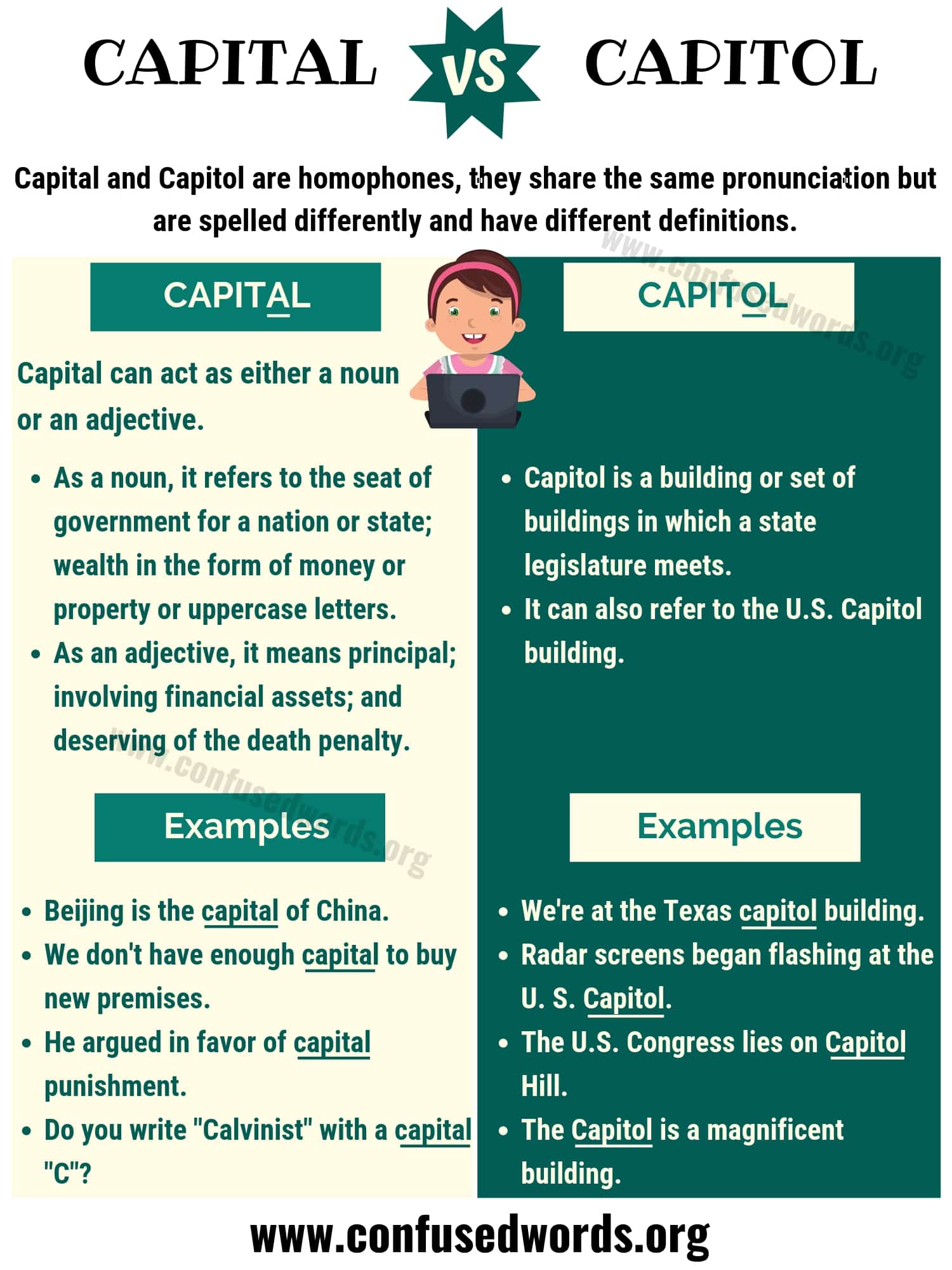