DEFENCE vs DEFENSE!!! How to Use Defense or Defence in English Sentences? Learn the difference between Defense vs Defence.

In the United States, people spell it with an “s”—defense. In parts of the world where British English is used, they use the spelling with a “c”—defence.

When to Use DEFENSE

Defense is the American spelling of a noun that means resistance against attack or harm.

When to Use DEFENCE

Defence is the British spelling of a noun. It has the exact same meaning and grammatical rules as defense.

Defense or Defence – Difference between Defense vs Defence | Infographic

Defence or Defense – When to Use Defence vs Defense 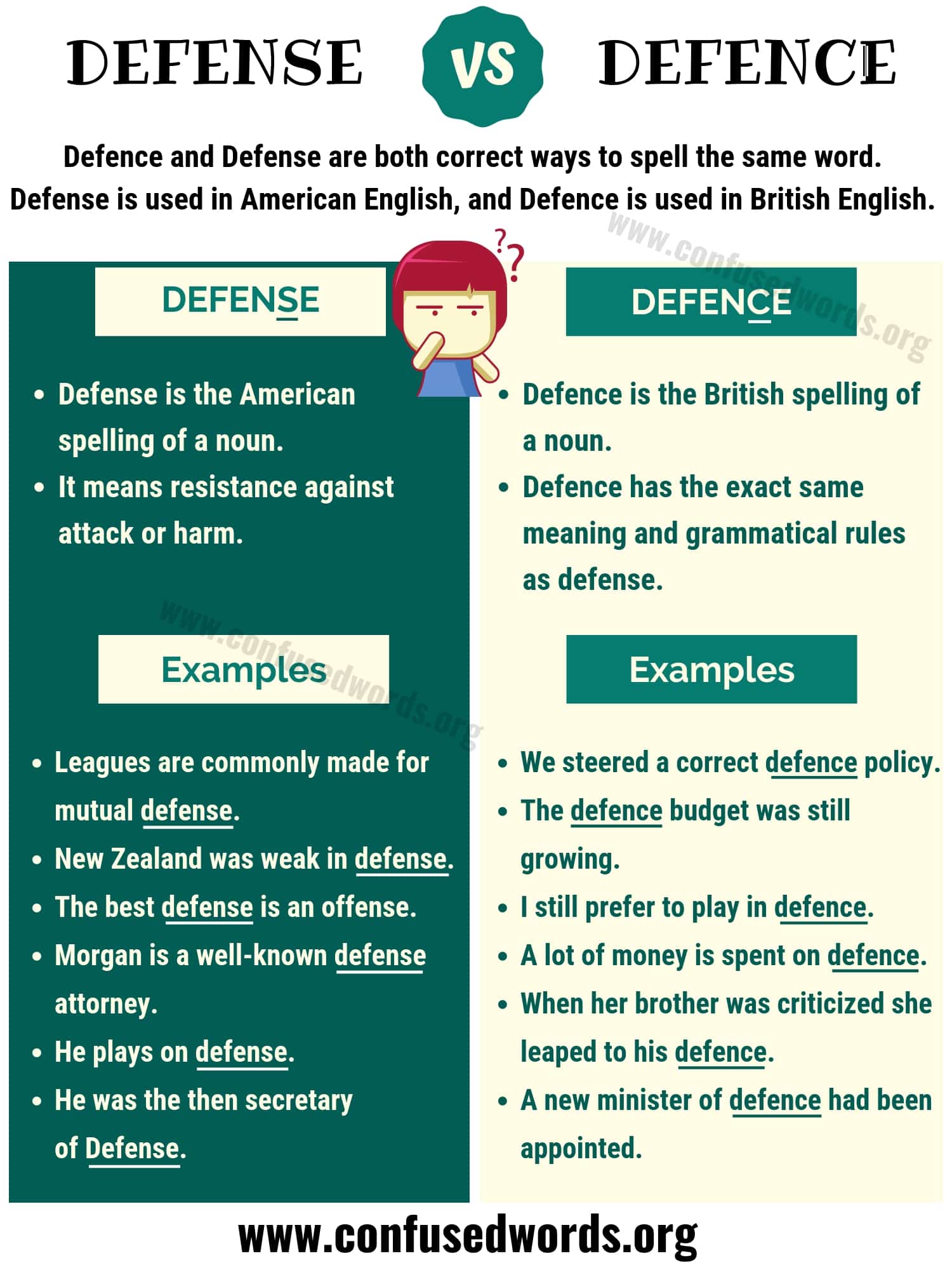