Bunny vs Rabbit!!! Learn the difference between rabbit vs bunny with examples and ESL infographic.

There is no difference between bunny vs rabbit. A young rabbit may be called kitten or bunny.

Rabbit is a noun. It is a type of mammal. A rabbit is a small animal with long ears and soft fur, that lives in a hole in the ground.

Bunny is another name for a rabbit, but it usually indicates a young rabbit, often a baby rabbit.

Difference between Bunny and Rabbit | Infographic

Confused Words: When to Use Rabbit vs Bunny 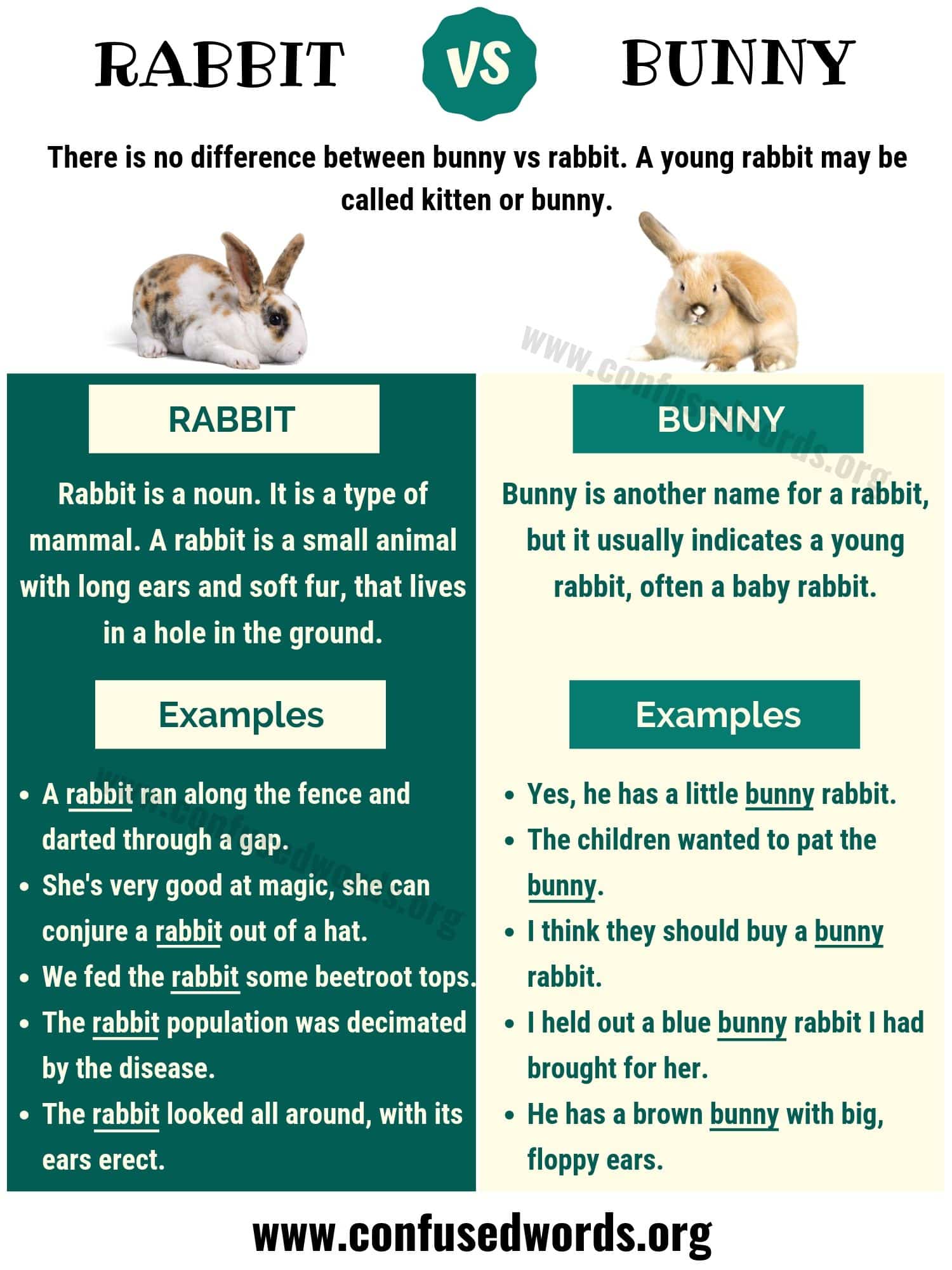 nope i think that you can call them whatever you want like maybe….jeff