Homophones List! A useful list of homophones in English. Learn examples of homophones – confusing words that sound the same but have different meanings, with ESL infographics.

Homophones definition: In the English language, homophones are words that sound the same but have different spellings and meanings.

There are a lot of homophones in English. Below is a commonly confused homophones list with example sentences for ESL teachers and English students.

APART vs A PART

MAYBE vs MAY BE

ALTOGETHER vs ALL TOGETHER

ALL READY vs ALREADY 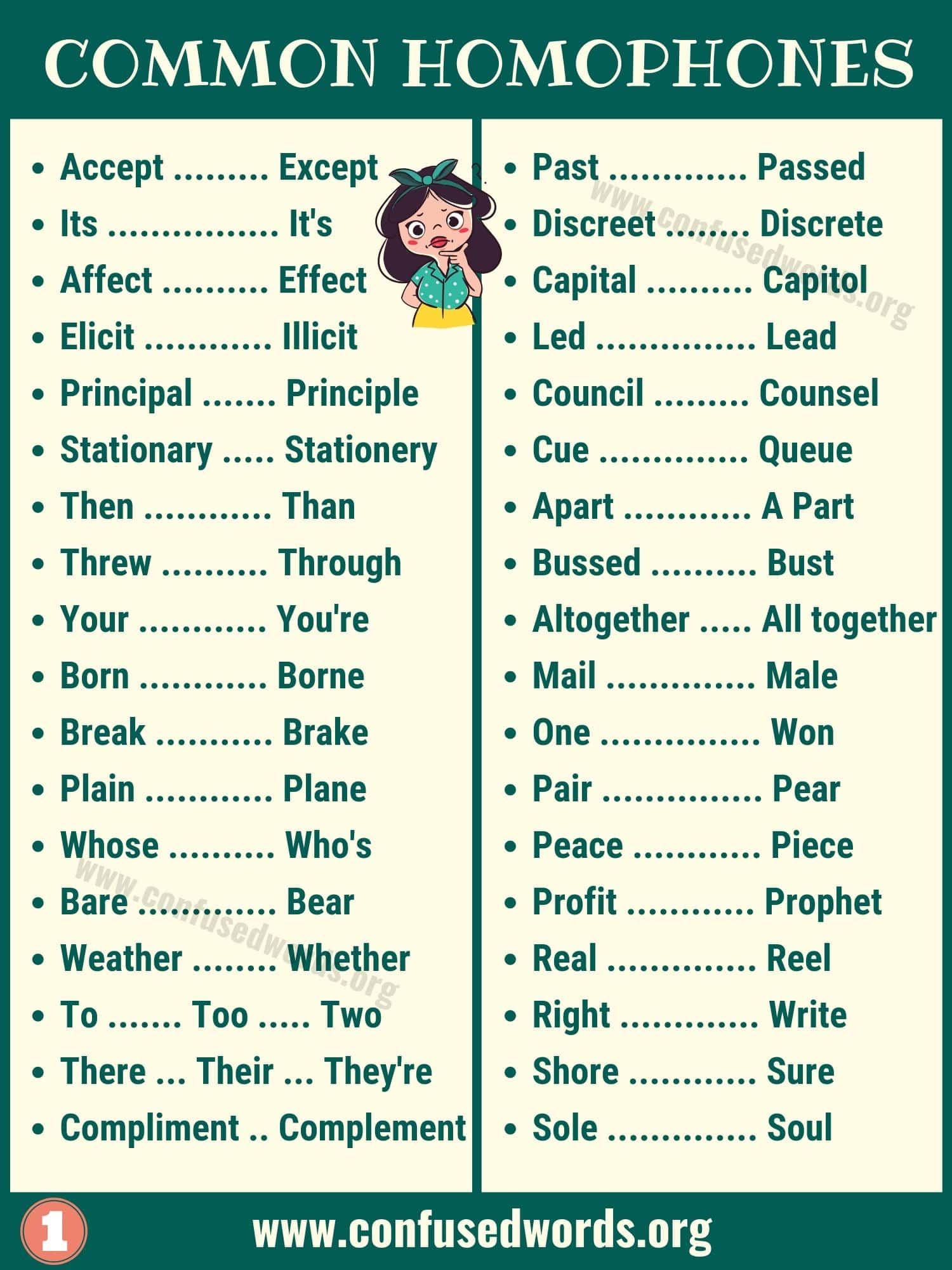 Learn more with a useful list of homonyms and homographs in English with example sentences and ESL images. 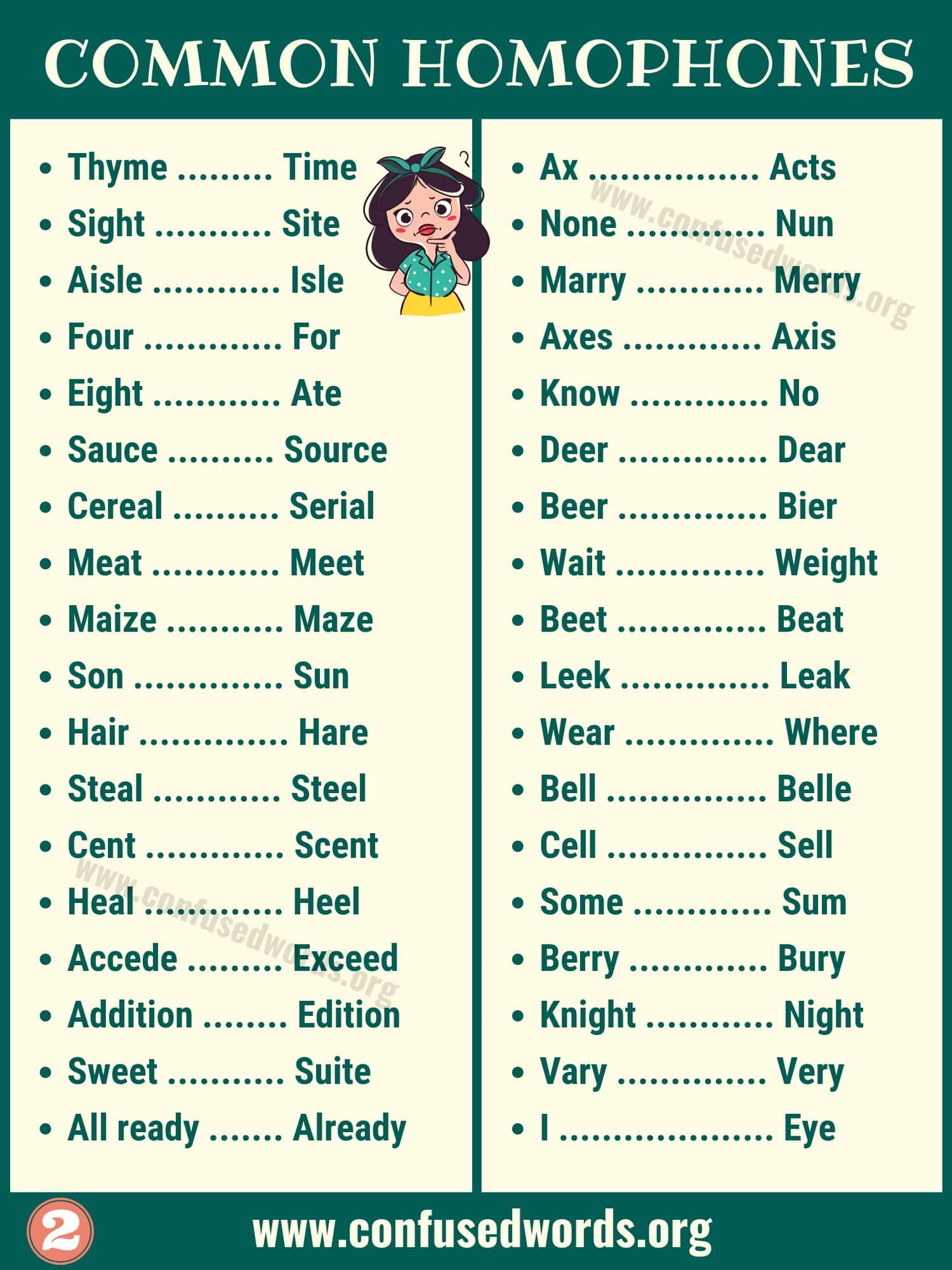 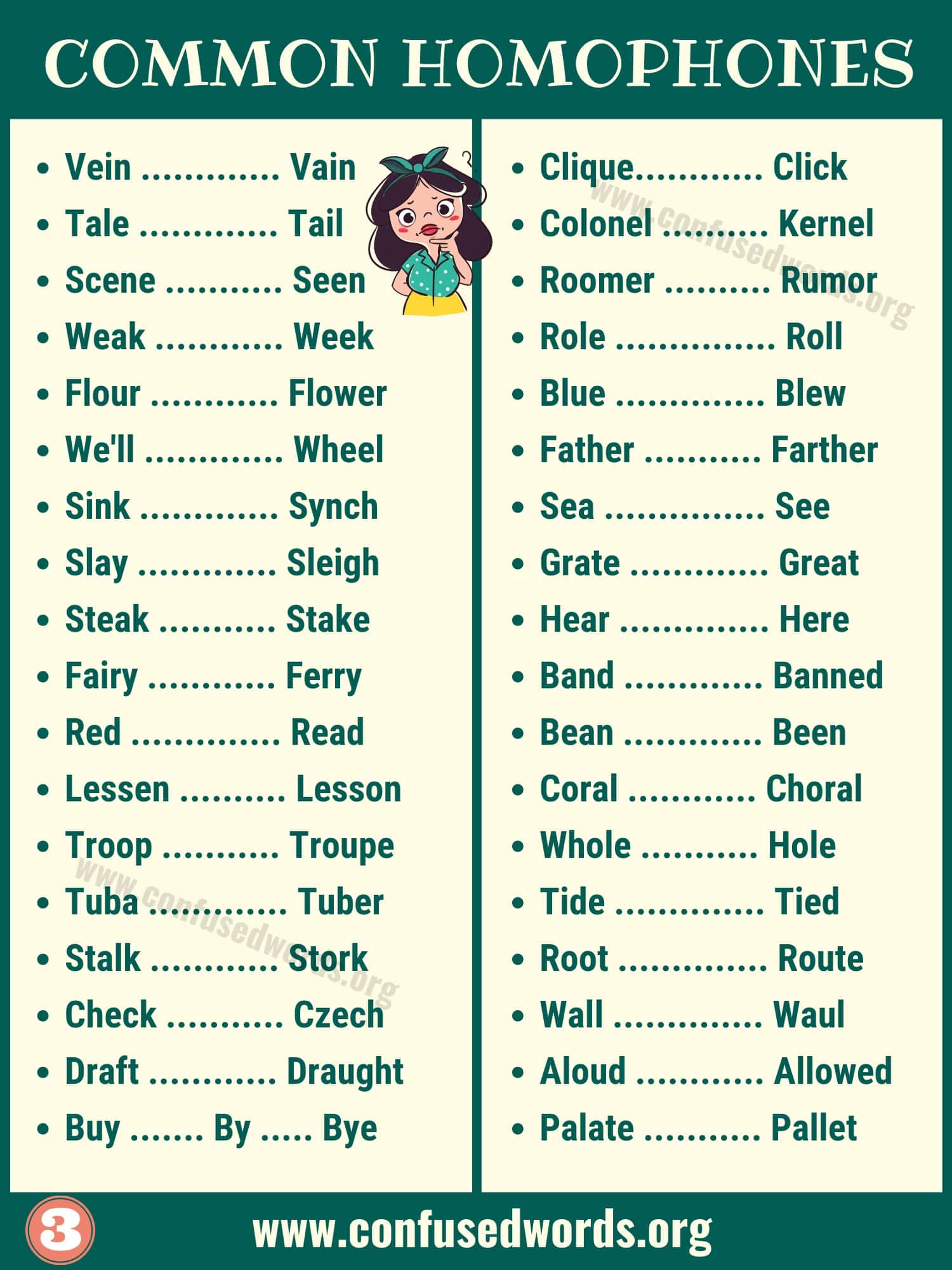 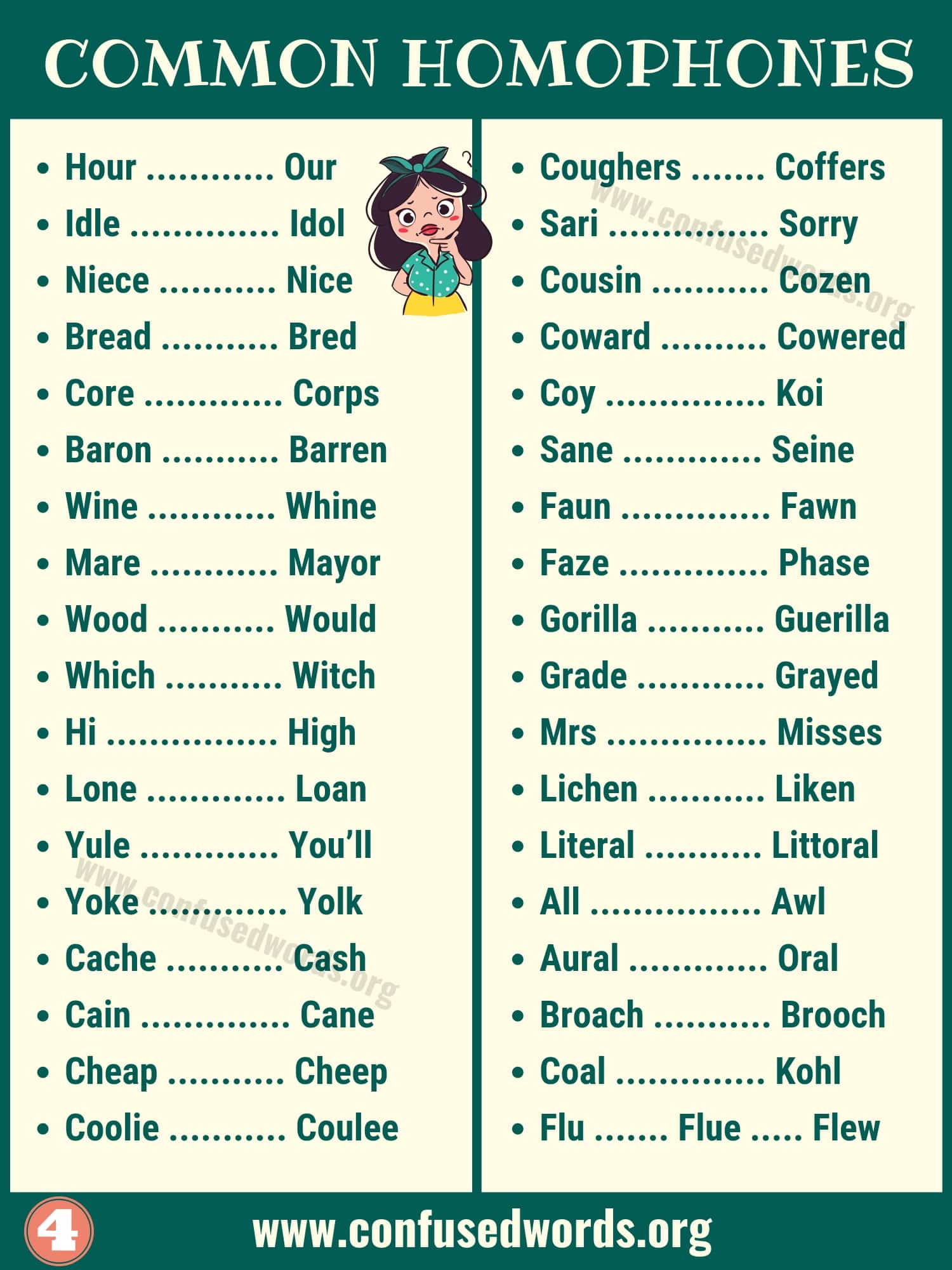 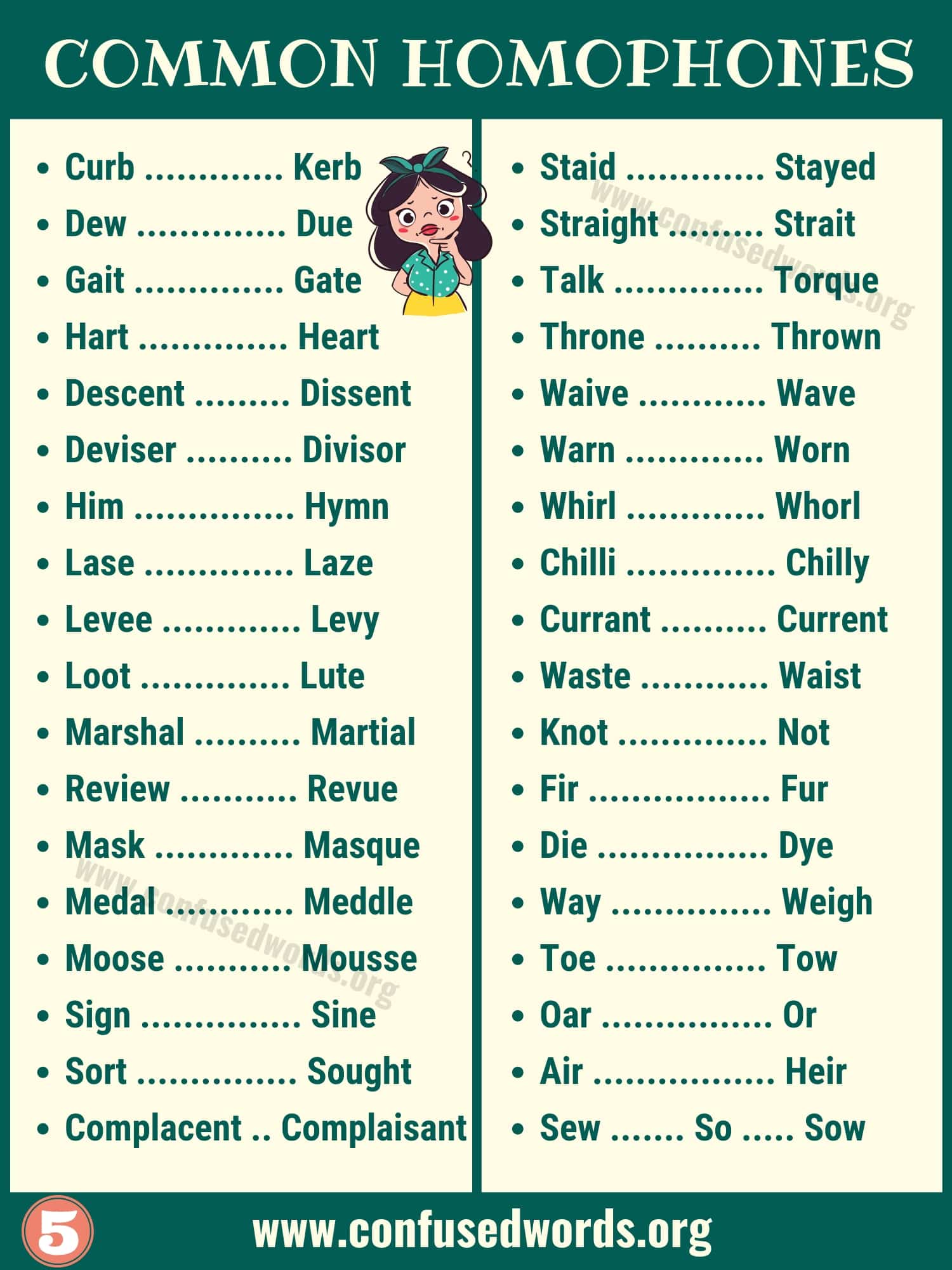 this is the best

This is a useful list for my students. Thank You.

Great list, the only words I didn’t see were Assimilate, A simulate, and Assimulate but that might be because they might sound a wee bit different? Thank you have a good day.