Home
Commonly Confused Words
Confused Words: B
BROUGHT vs BOUGHT: How to Get Brought vs Bought Right?
1.4kFacebookTwitter1.5kPinterestLinkedIn
2.9k
SHARES

BROUGHT vs BOUGHT? The difference between these two words is a very simple one. They are the past tenses of two different verbs.

The words bought and brought have very different meanings, but they are often confused.

Buy and bring are obviously different words. However, their past tense forms are only one letter apart. As such, it’s common to see bought and brought confused for each other.

How to Use BROUGHT

Brought is the past tense and past participle of the verb “bring“.

It means “to take or go with something or someone to a place“.

How to Use BOUGHT

Bought is the past tense and past participle of the verb “buy“.

It means “to get something in exchange for money“.

Brought or Bought – Difference between Brought vs Bought? 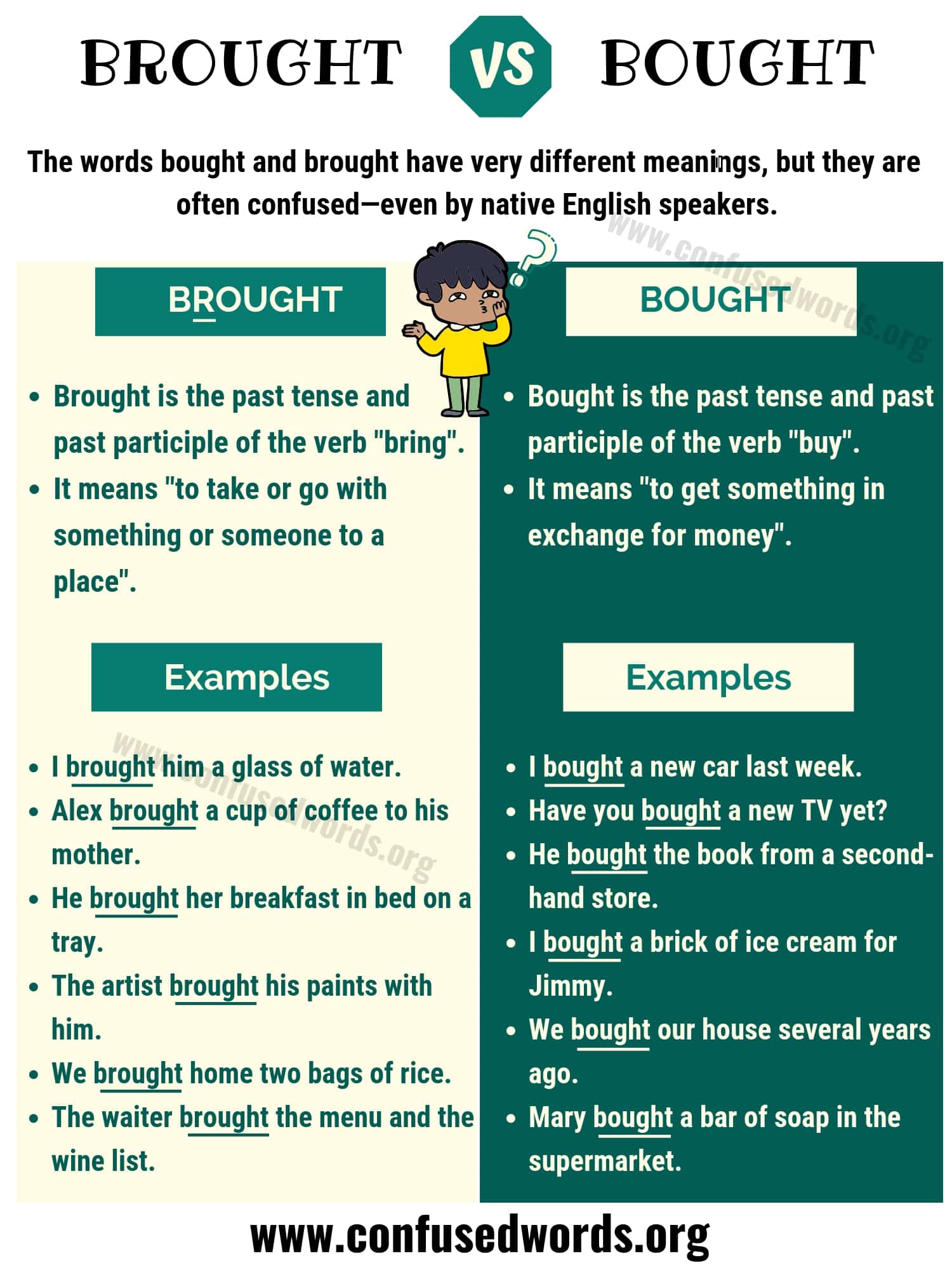