Former vs Latter! Former and latter are easily confused words. These words are confused because they aren’t used all the time. They are more formal wording for first and last in a scenario of two things.

These words can seem confusing, and they probably sound old-fashioned to most people. But they are useful terms in formal writing.

Former applies to the first in a series of two things.

Latter applies to the second in a series of two things.

*Tip: To remember which of these terms is which, keep the following in mind

Former vs Latter: When to Use Latter vs Former 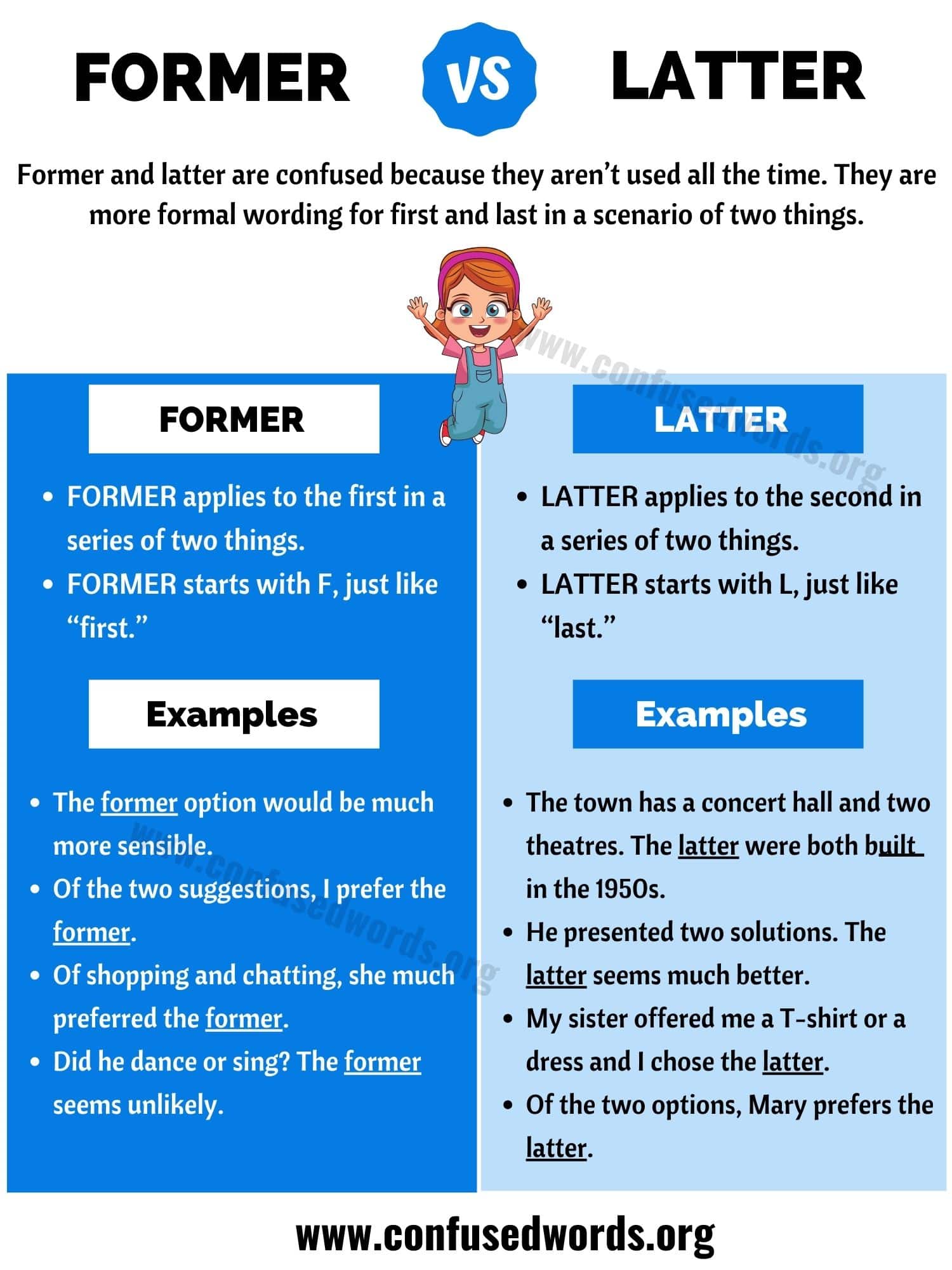