It can be difficult to remember the two spellings and meanings of the words we pronounce as “compliment”. They’re homophones – one is spelled with an I and the other is spelled with an E, and even though they sound the same, they mean different things.

When to Use Compliment

Compliment can function as both a noun and a verb.

When to Use Complement

Complement can also function as both a noun and a verb.

How to Use Complement vs Compliment | Infographic 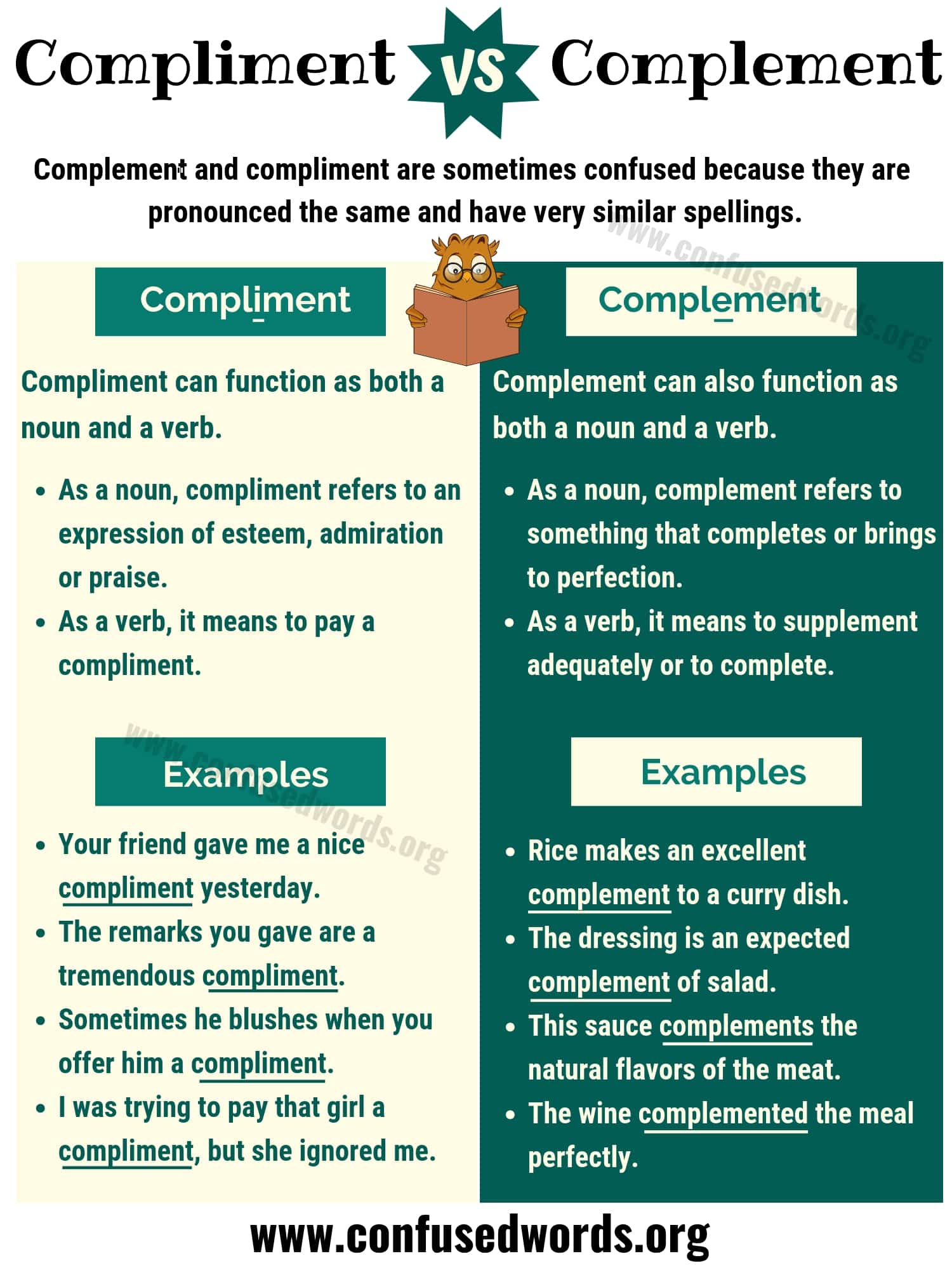