ELICIT vs ILLICIT!!! What’ the difference between Illicit vs Elicit? Elicit and Illicit are homophones, but they have different spellings and meanings and one must be careful about using them.

Although both words may sound and look similar, elicit and illicit have very distinct uses and meanings. They are completely different parts of speech. Despite this fact, some people still misuse these words and such errors can easily be found online.

Elicit is a verb. It is a synonym of Evoke. It means to draw something out of someone, by coaxing or pleading or urging.

Illicit is an adjective. It is a synonym of Illegal. It means illegal or forbidden.

How to Use Elicit vs Illicit? 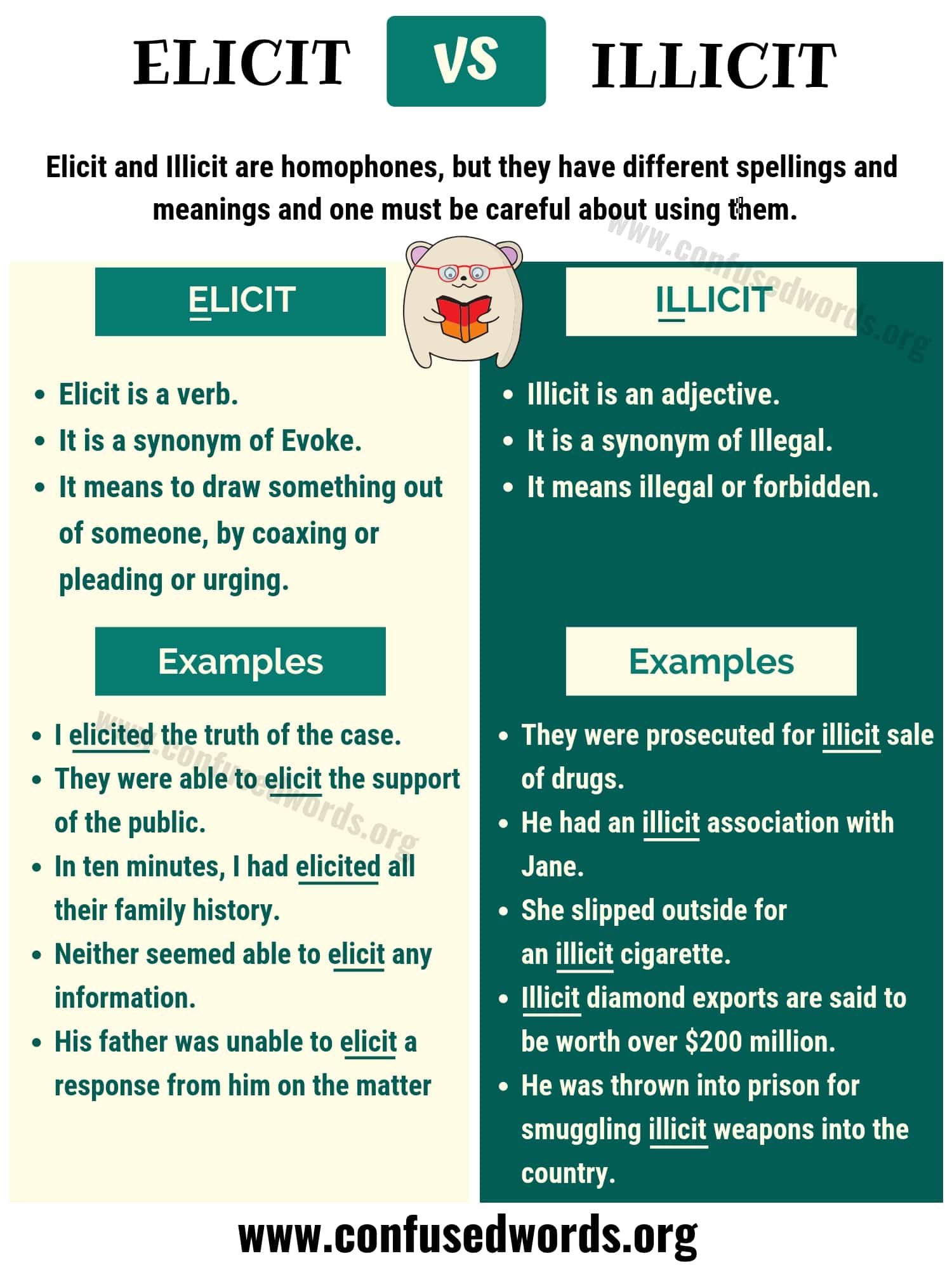 This Is So Elightening. Thank U