Home
Homonyms
Homographs
Homograph: All You Need to Know About Homographs (with Useful Examples)
239FacebookTwitter53PinterestLinkedIn
292
SHARES

Learning about homographs in English! The English language contains so many words that it is perhaps inevitable that some have ended up sharing their spelling. We have all come across words that are spelled in exactly the same way as another word but do not mean the same thing. Each of these words is known as a homograph.

One of the most famous examples is ‘wind‘. It can, of course, be referring to the weather phenomenon we all experience when the air blows against us. But it can also refer to the act of twisting or turning, for example when you wind up a clock. However, when spoken, these are not words that would be easily confused. Despite being written in exactly the same way they do not actually sound the same.

This is not the case with every example, though. A homograph does not necessarily need to be pronounced differently to its partner. Words like ‘fine‘ are also homographs, but in addition to looking the same as their alternative meaning, they sound the same too. If something is ‘fine‘ it is usually deemed to be of good quality. However, if you are not careful where you leave your car, you could easily find that a parking ‘fine‘ means something very different.

If you say the word ‘bat‘ to a baseball fan, the first image that springs to mind is likely to be different from someone with an interest in animals that come out at night.

So to be considered a homograph, the two words simply need to have the same spelling with different meanings. The pronunciation is not a factor.

The following are examples of homographs that sound the same:

The next list is comprised of homographs that also sound different:

The simplest way to tell which version of a homograph is being used is through context. Whether reading or listening to homographs that sound identical, you just need to pay attention to how they’re being used. When reading about a sports game, the word match probably isn’t referring to a little tool used to light fires!

Ultimately, the reason homographs exist is that, despite their identical appearance, context is usually more than enough to avoid any confusion.

Learn more about homonyms and homophones in English. 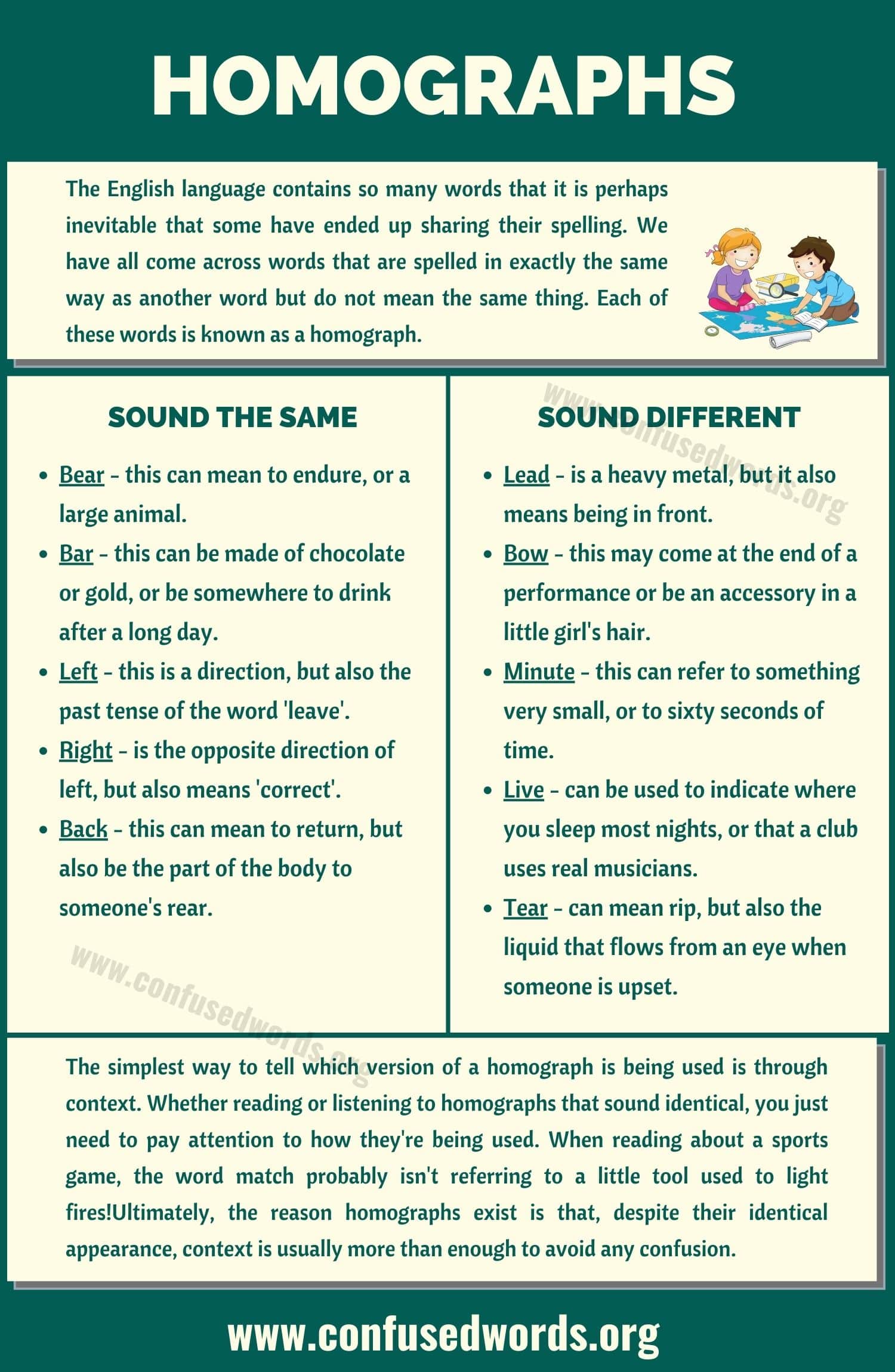