Race vs Ethnicity!!! When do you use Ethnicity vs Race? It’s easy to confuse “race” vs “ethnicity”. They are complex and often used interchangeably. This lesson will help you understand the difference between race and ethnicity with some useful examples.

What’s the difference between Ethnicity vs Race?

Difference between Race and Ethnicity | Infographic

Confused Words: When to Use Race vs Ethnicity 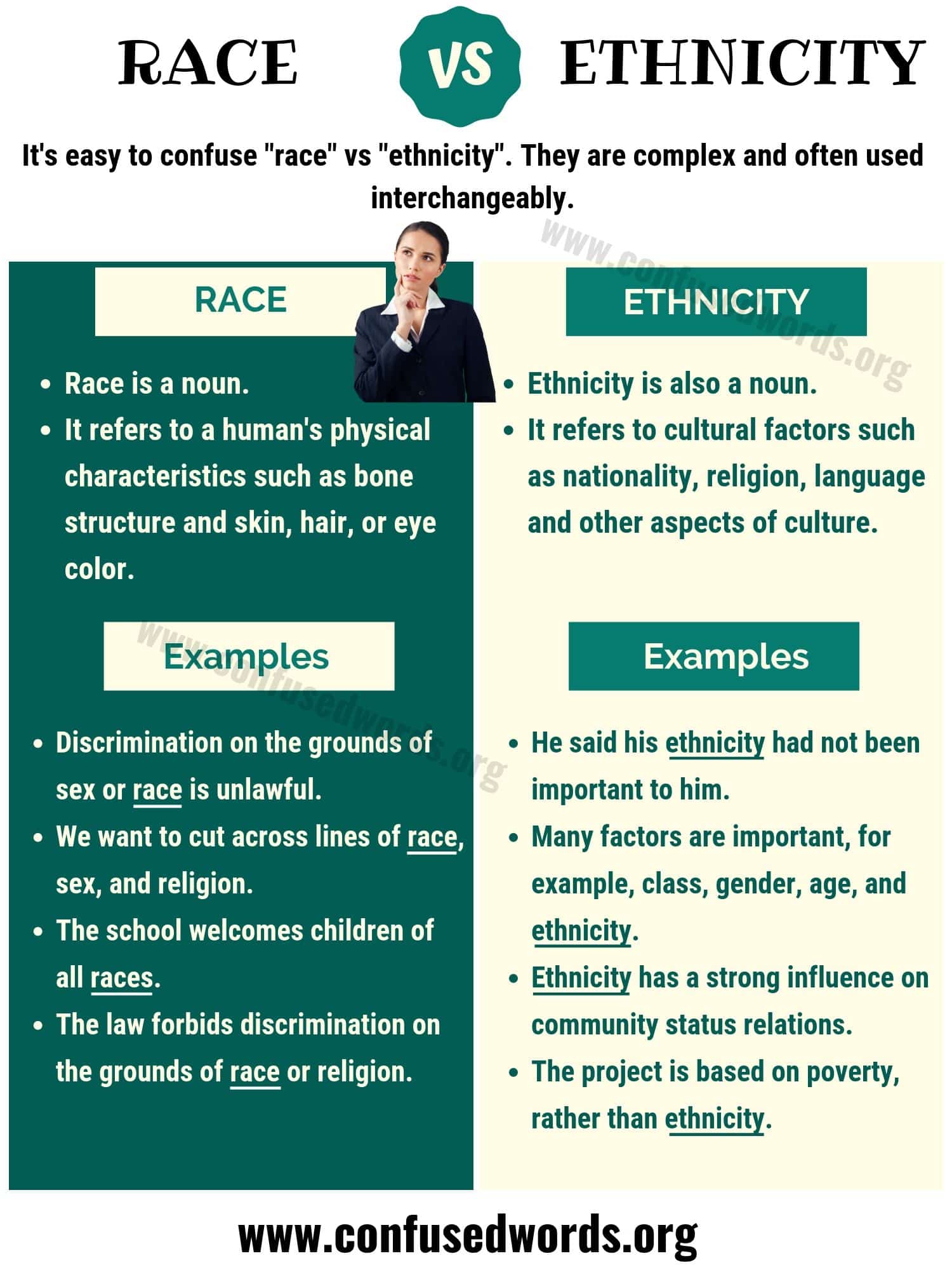 Who wrote this? Race doesn’t always mean physical attributes. It’s in the definition for christ sakes. Race and ethnicity can be interchangeable by definition.

Sorry, but I’m still confused. This did not really help me at all.