Learn more with a useful list of American vs British spelling differences that you should know.

Here are some commonly confused British vs American words with example sentences.

Differences between British vs American Words 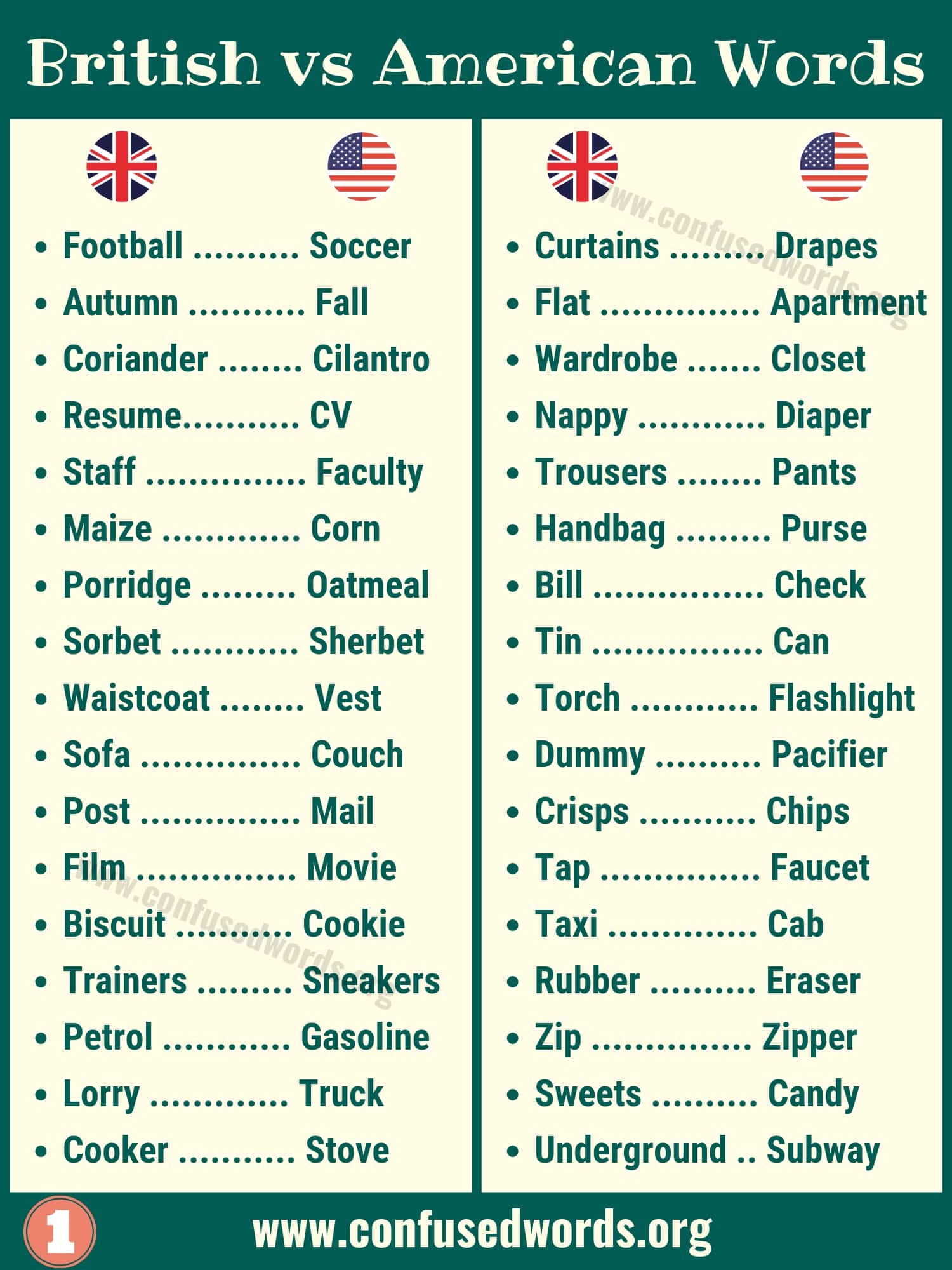 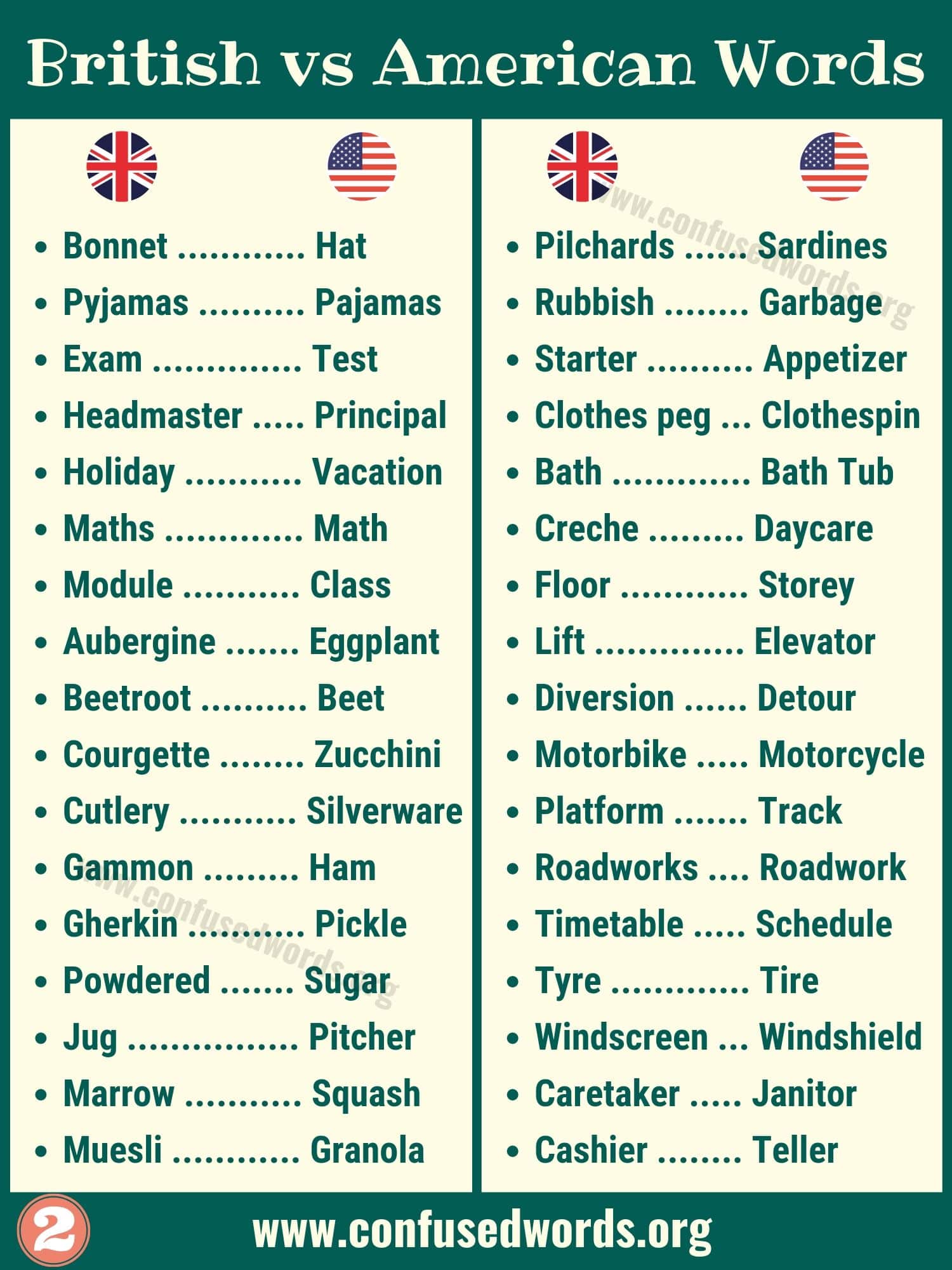 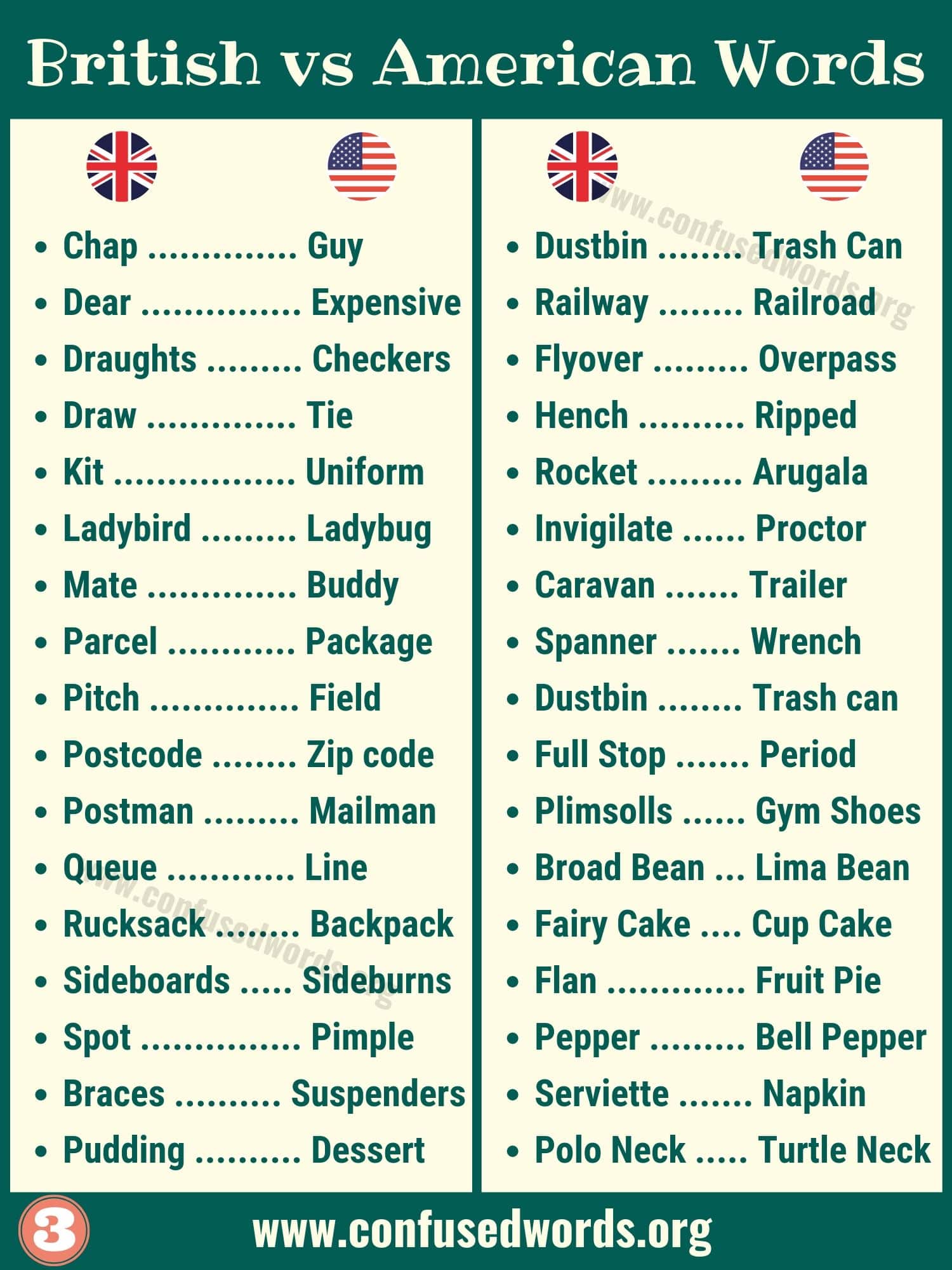 This was good thank you

Great lists. Thank you. One British word that really threw me: tip. In the U.K., one meaning of a tip is a dump in American English. I and a bunch of other students were confused when our teacher (from England) walked into the classroom and said, “This room is a tip!” After a back and forth, we found out that she wanted us to tidy up our books and papers.

There a mistake, Americans say Resume and we say CV

queue – ugh! How can you even remember to spell it? Line is so much easier. Really great list and so helpful 👍🏼

Another one that is worth mentioning. If some one “has you round for tea” it isn’t just the beverage.

Wow…I can do the accent, i want to go to britan, now I know some words! I can’t wait to finally go their when I’m older

You can do the accent… Word off advise: Just stick with your words before you affend someone we tend to be like that

We definitely don’t use ‘resume’ in the U.K., thats an American word, we use C.V.

In the text please correct:
FOOTBALL is definitely in the UK, the motherland of that game 😉
SOCCER is in the US.

This was good but there’s some us brits say both like :
cookie and biscuit
Test and exam
Gammon and ham
Maize and corn
Post and mail
Film and movie
Lorry and truck
Exam and test
Courgette and zucchini
Just remember it’s OUR language not YOUR language it’s called ENGLISH not AmErIcAn oh and coloUr