Home
Commonly Confused Words
Confused Words: E
EITHER or NEITHER: How to Use Either vs Neither Correctly?
1.6kFacebookTwitter6.2kPinterestLinkedIn
7.9k
SHARES

EITHER or NEITHER? It is important to grasp the meanings and difference between Either vs Neither so that we don’t get confused between the two. Both words can be used as a pronoun, conjunction, and adjective; however, the use of Either is considered positive, while the use of Neither is considered negative.

How to use Either or Neither in English?

How to Use Either

Either can be used as a pronoun, adverb, adjective, and conjunction.

How to Use Neither

Neither can be used as conjunction, pronoun, and adjective.

EITHER vs NEITHER | Infographic

Either or Neither – What’s the Difference? 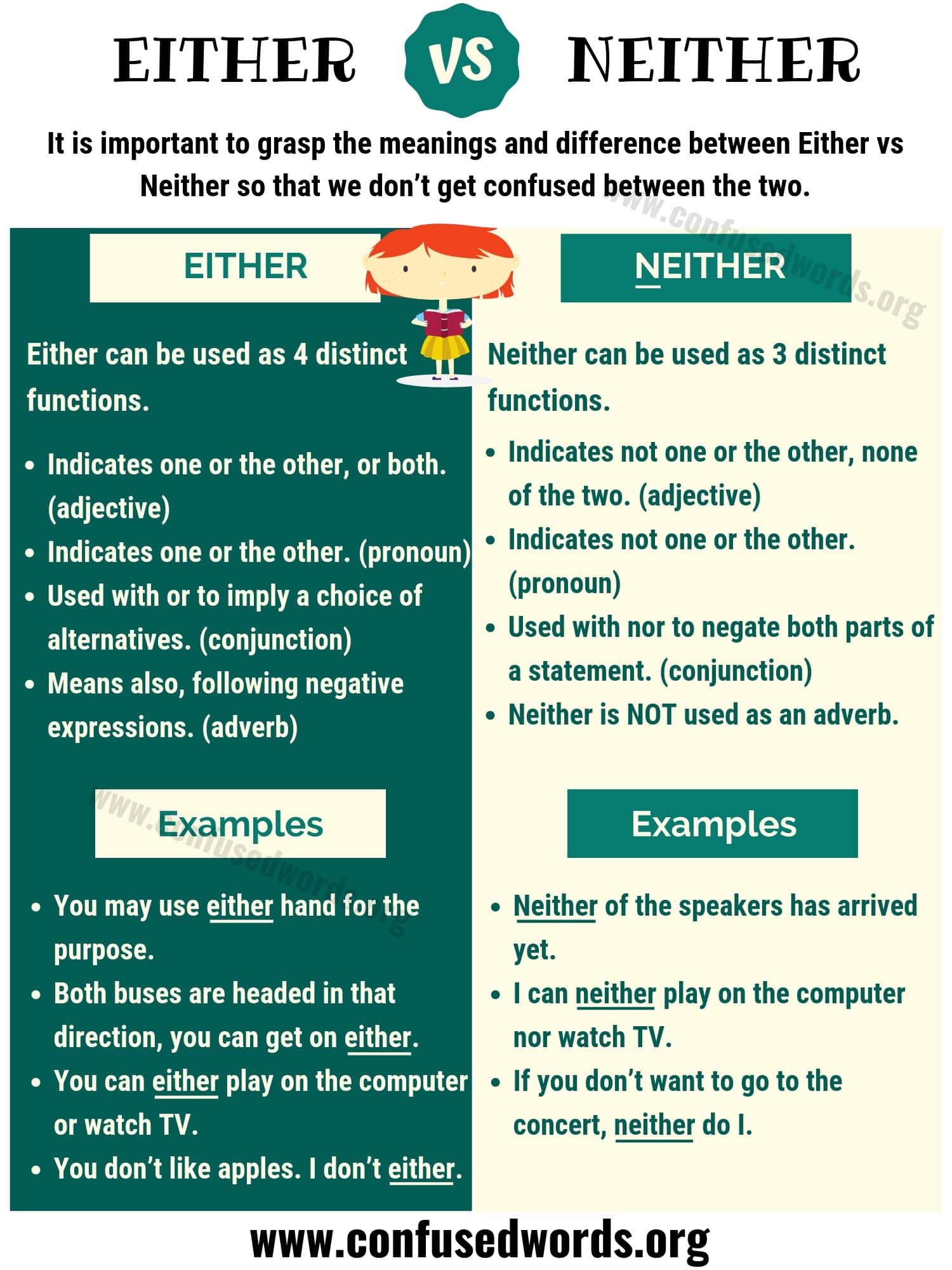