Home
Commonly Confused Words
Confused Words: T
THREW vs THROUGH: How to Use Through vs Threw in Sentences
2kFacebookTwitter989PinterestLinkedIn
3k
SHARES

THREW vs THROUGH!!! Confusion regarding the use of Threw and Through arises from the fact that they are homophones, ie, they are pronounced the same way. As a result, it is quite possible for one to be mistakenly used in place of the other. However, there is no similarity in their meanings.

THREW or THROUGH – What’s the difference between Through vs Threw?

THROUGH Definition and Examples

Through is generally used as a preposition. In brief, it means:

How to Use Through vs Threw | Infographic

THREW or THROUGH – When to Use Threw vs Through 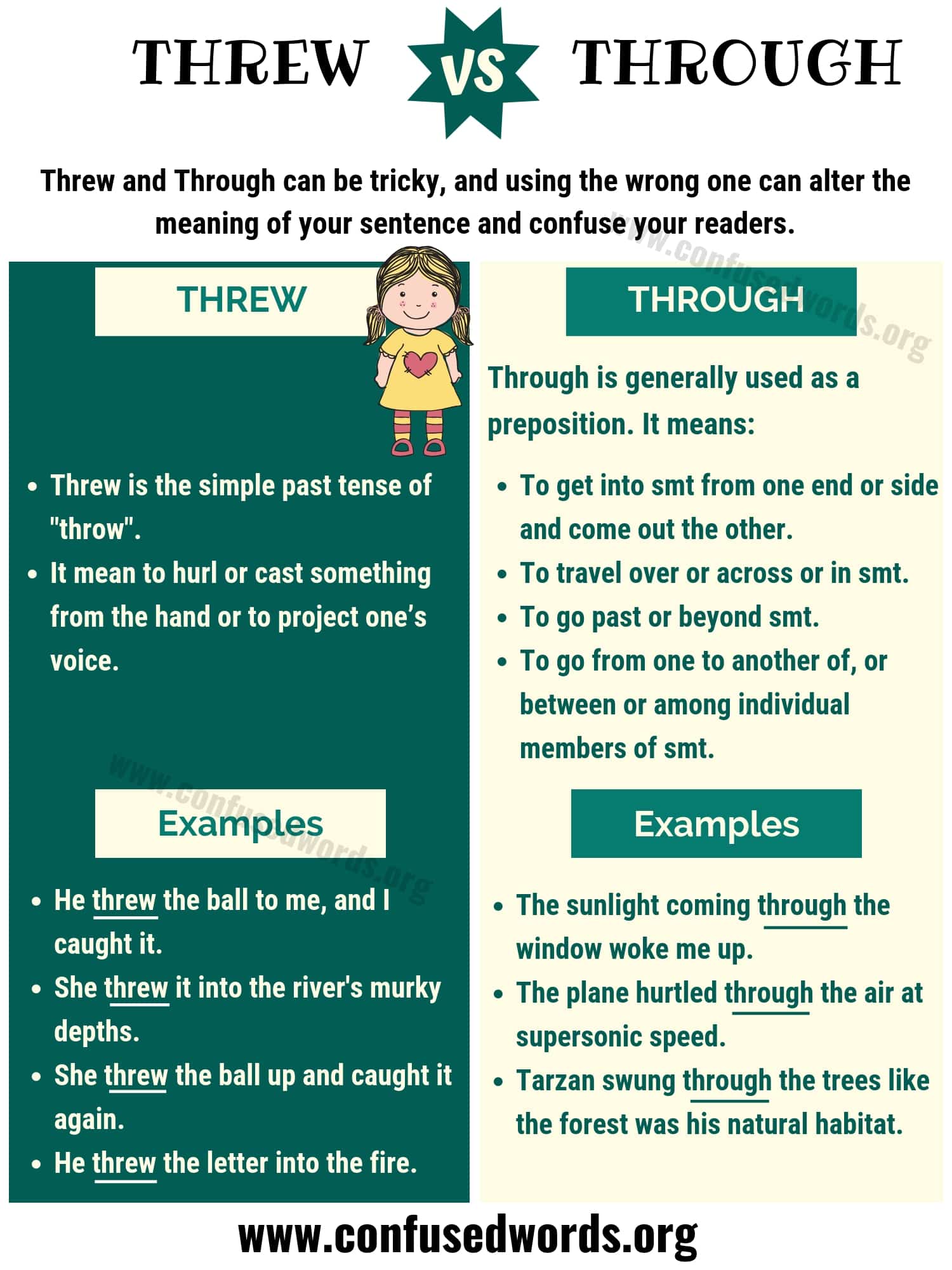