Home
Commonly Confused Words
Confused Words: W
WHOSE vs WHO’S: How to Use Who’s vs Whose Correctly
1.6kFacebookTwitter2.7kPinterestLinkedIn
4.4k
SHARES

WHOSE vs WHO’S!!! What’s Difference between Who’s vs Whose? Whose and Who’s may sound the same, but it’s hard to spell them correctly. Use the resources and examples here to help you sort out the differences between Whose and Who’s and when to use them.

WHOSE or WHO’S? When to Use Who’s or Whose?

Whose and who’s are a pair of homophones, meaning they sound the same, but mean different things.

WHOSE Definition and Examples

Who’s is a contraction of who is or who has.

Whose or Who’s – Difference between Who’s vs Whose | Infographic

Who’s or Whose – When to Use Whose vs Who’s 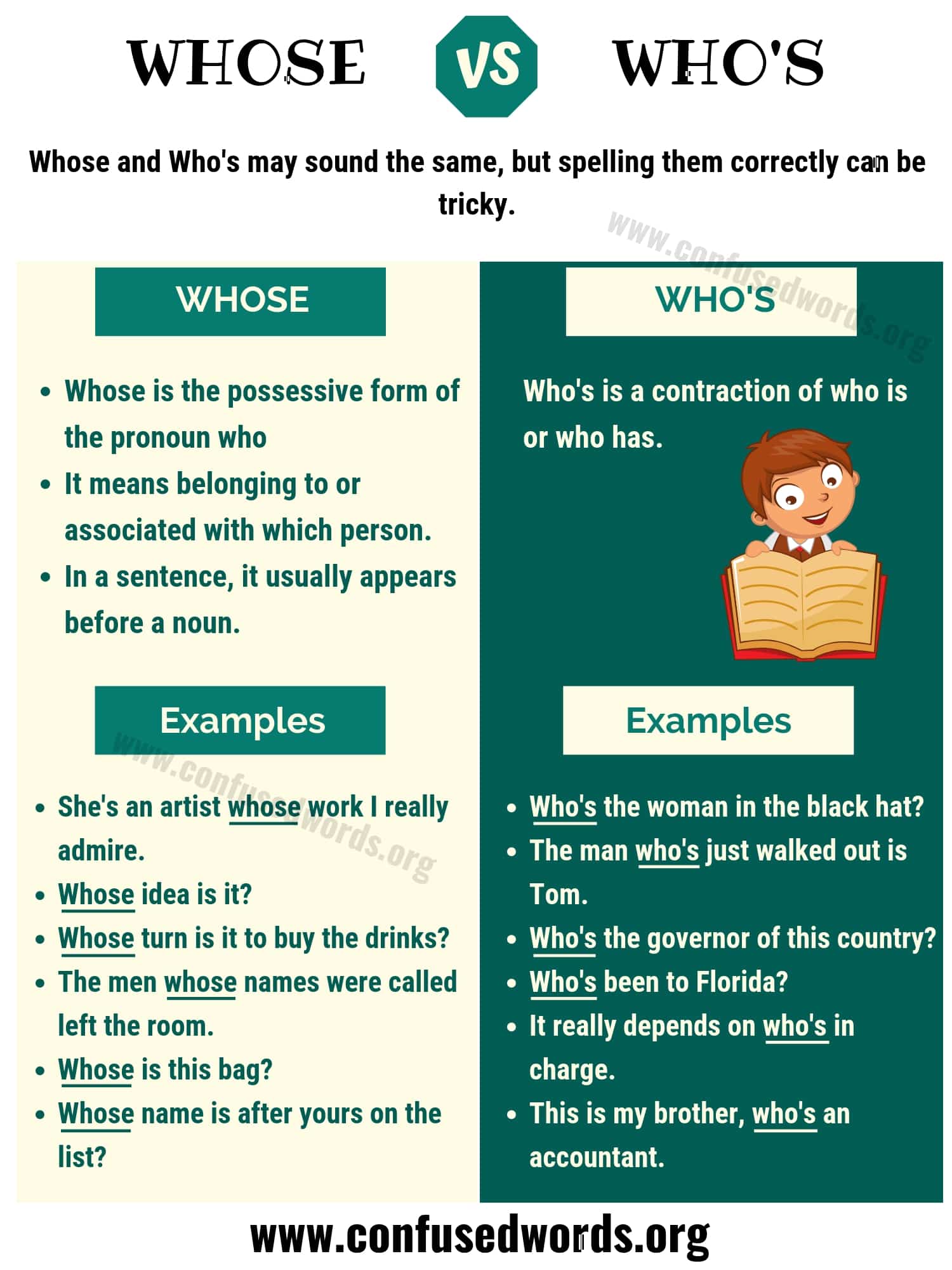