Home
Commonly Confused Words
Confused Words: O
OFF OF: How to Use Of vs Off in English?
2.2kFacebookTwitter1.7kPinterestLinkedIn
4k
SHARES

OFF OF!!! What’s the difference between Of vs Off? The words OF and OFF are used so commonly in modern English that people often confuse them. Let us discuss the distinctions between the two words.

OFF OF | What’s the Difference?

OFF OF! Despite these words OF and OFF being very short in terms of spelling, they are among the most commonly confused words in the English language. Despite the similarity in spelling, these two terms actually have different pronunciation.

OFF Definition and Examples

Off is a very common word with a large number of functions as well, but it is most frequently used as an adverb or a preposition.

OF Definition and Examples

OFF OF | When to Use Of vs Off | Infographic

OFF OF – What’s the difference between Of vs Off? 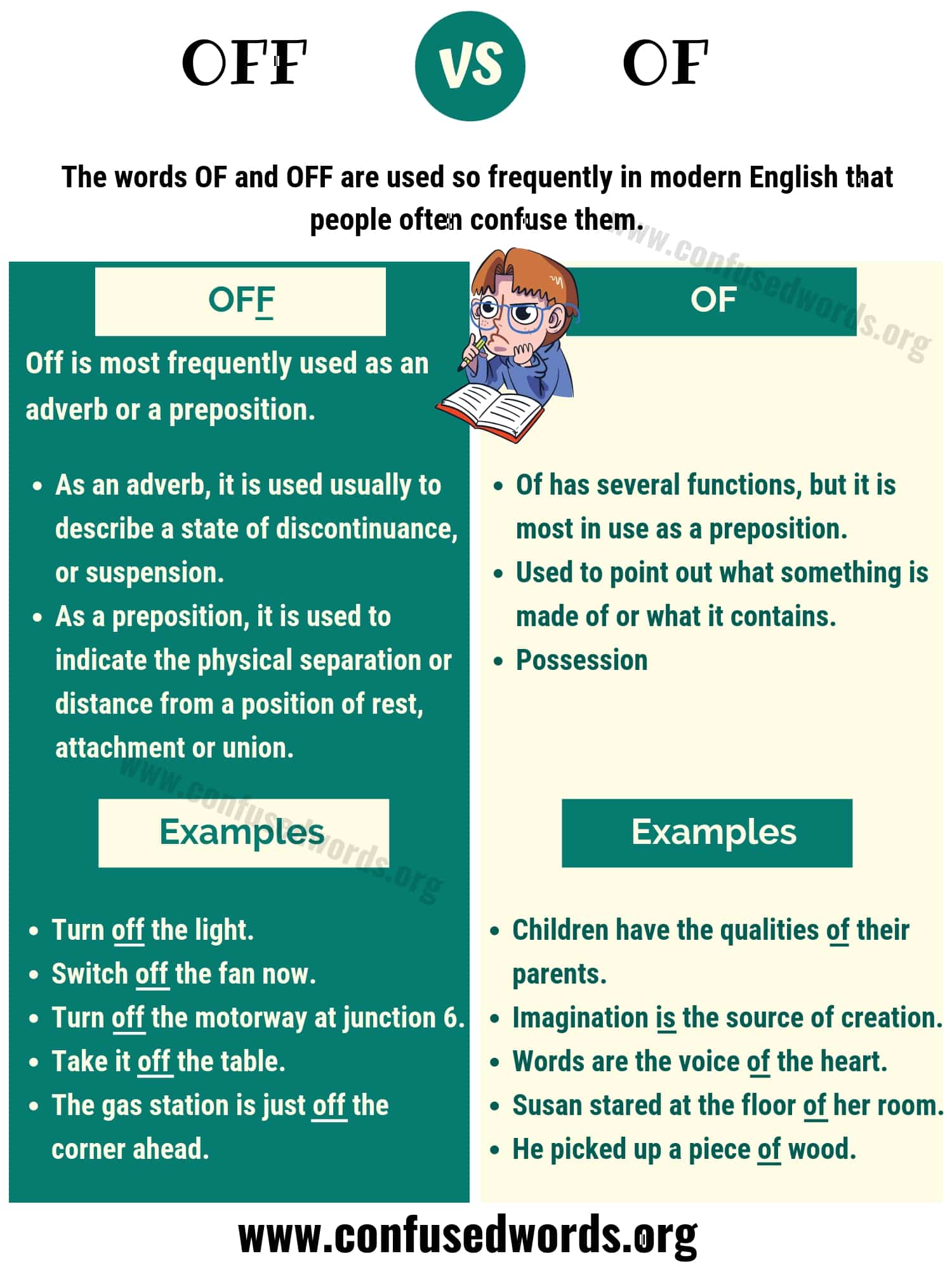