Concave vs Convex!!! What’s the difference between convex vs concave? What does concave vs convex mean? Learn the definitions of these two words and how to use them in sentences with examples and ESL infographic.

Convex and concave are most commonly used as adjectives to describe the surface of a shape.

When to Use Convex vs Concave | Infographic 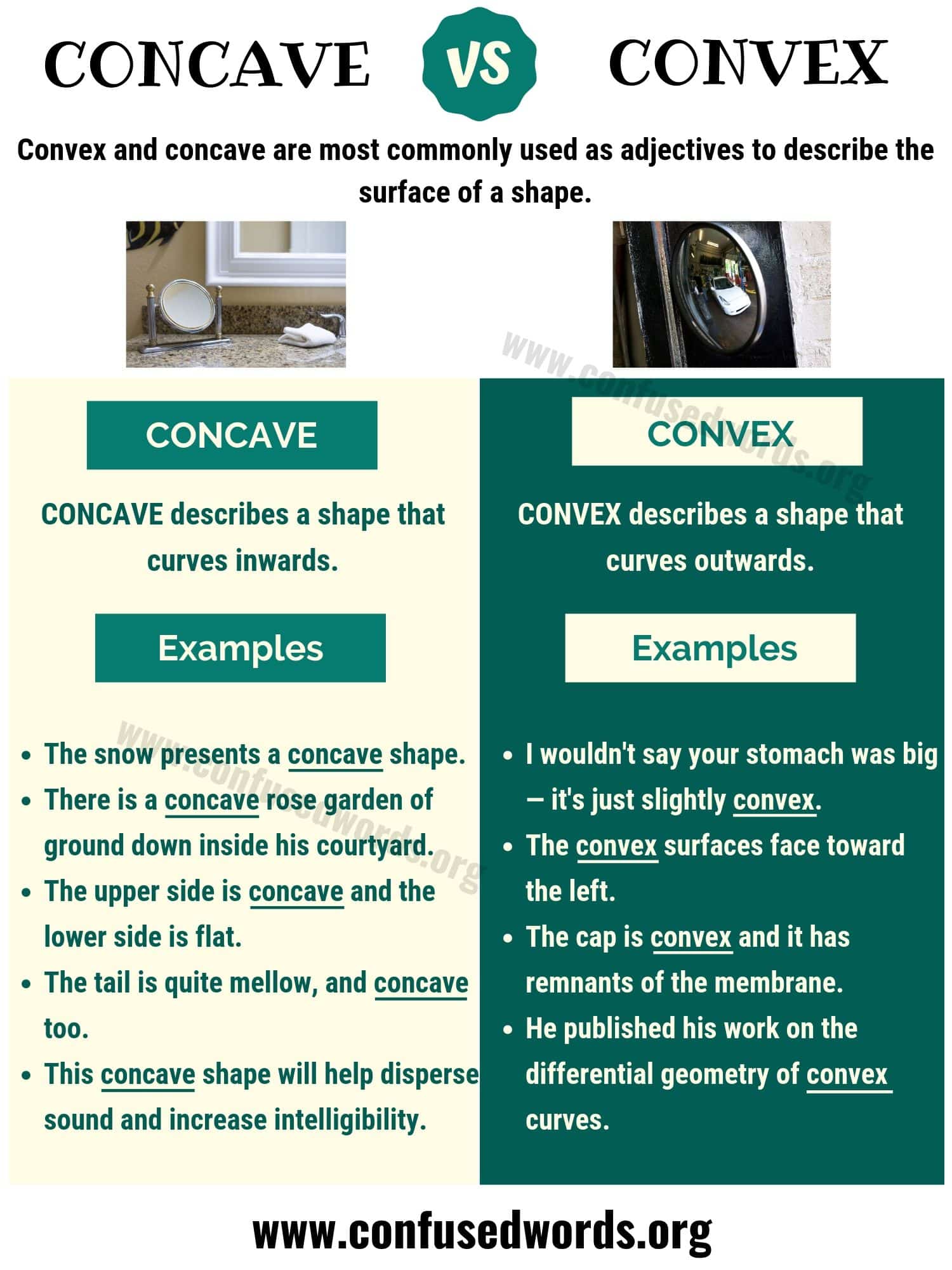