Home
Commonly Confused Words
Confused Words: A
ATTORNEY vs LAWYER: How to Use Lawyer vs Attorney Correctly
291FacebookTwitter184PinterestLinkedIn
475
SHARES

Attorney vs Lawyer!!! People often confuse the words attorney vs lawyer, believing them to serve different functions. However, the only real difference between the two is the region in which the word is used.

Both an attorney and a lawyer refer to legal professionals who perform the same work. The synonyms can be used interchangeably.

Lawyers are legal professionals who are trained in the law.

They are people who attend law school and presumably wish to practice law as a legal professional, pursuing it as a profession.

Confused Words: When to Use Lawyer vs Attorney 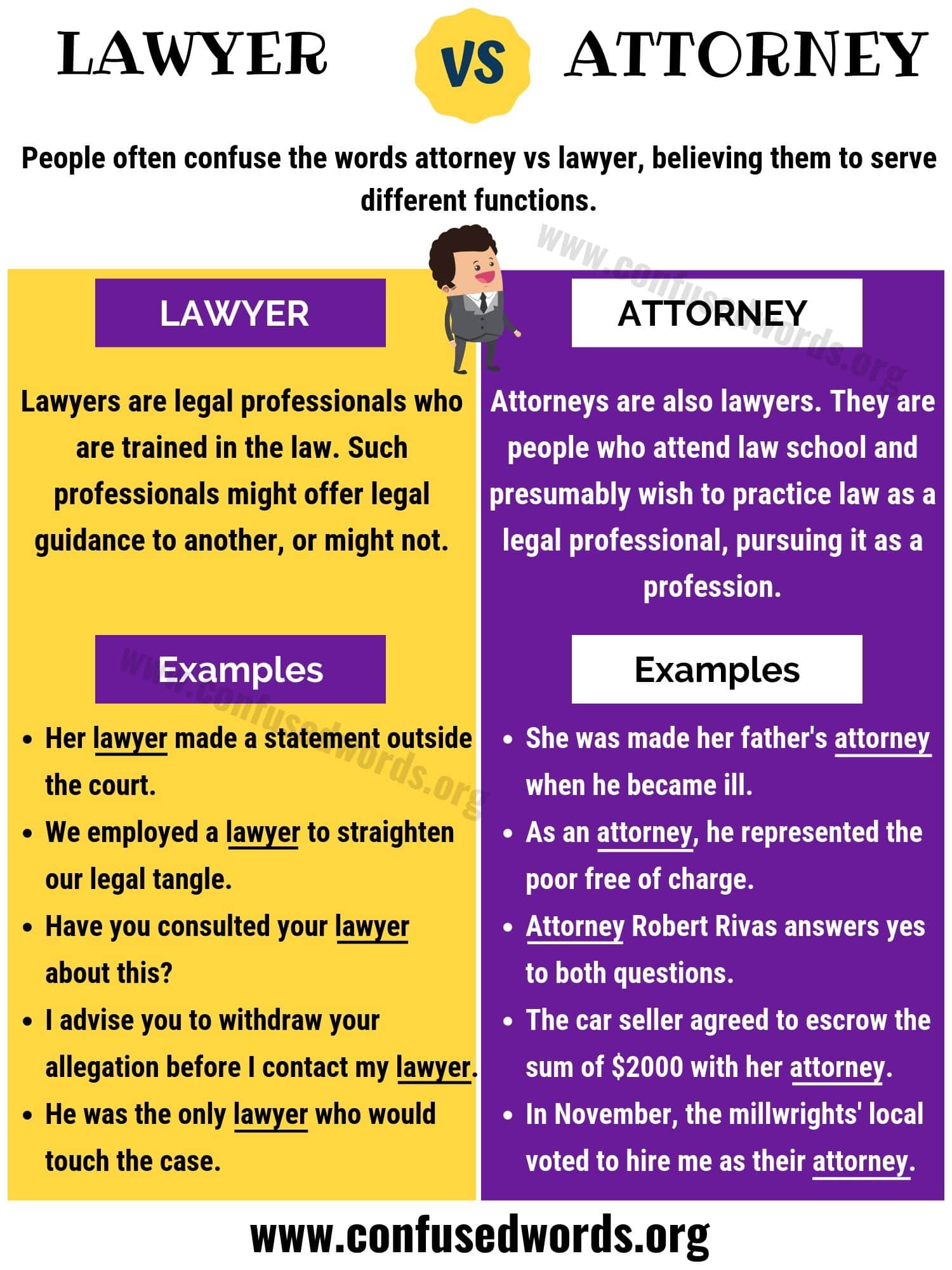 the more I try to get the difference, the more confused I end up!!!