Jail vs Prison! Both jail and prison are correctional facilities that are used to incarcerate people charged with or convicted of a crime, but the similarities stop there.

Jail and prison are not exact synonyms for each other because they refer to two separate institutions that house different groups of criminals and are run by different levels of government.

A jail is a temporary, short-term detainment center where an individual waits for a trial and sentencing. Jails are run by local governments and are typically smaller than prisons in both size and infrastructure.

Prisons are where inmates go after getting sentenced for longer-term imprisonment, usually for more serious crimes. They’re run by either the state government or the Federal Bureau of Prisons.

Confused Words: When to Use Jail vs Prison 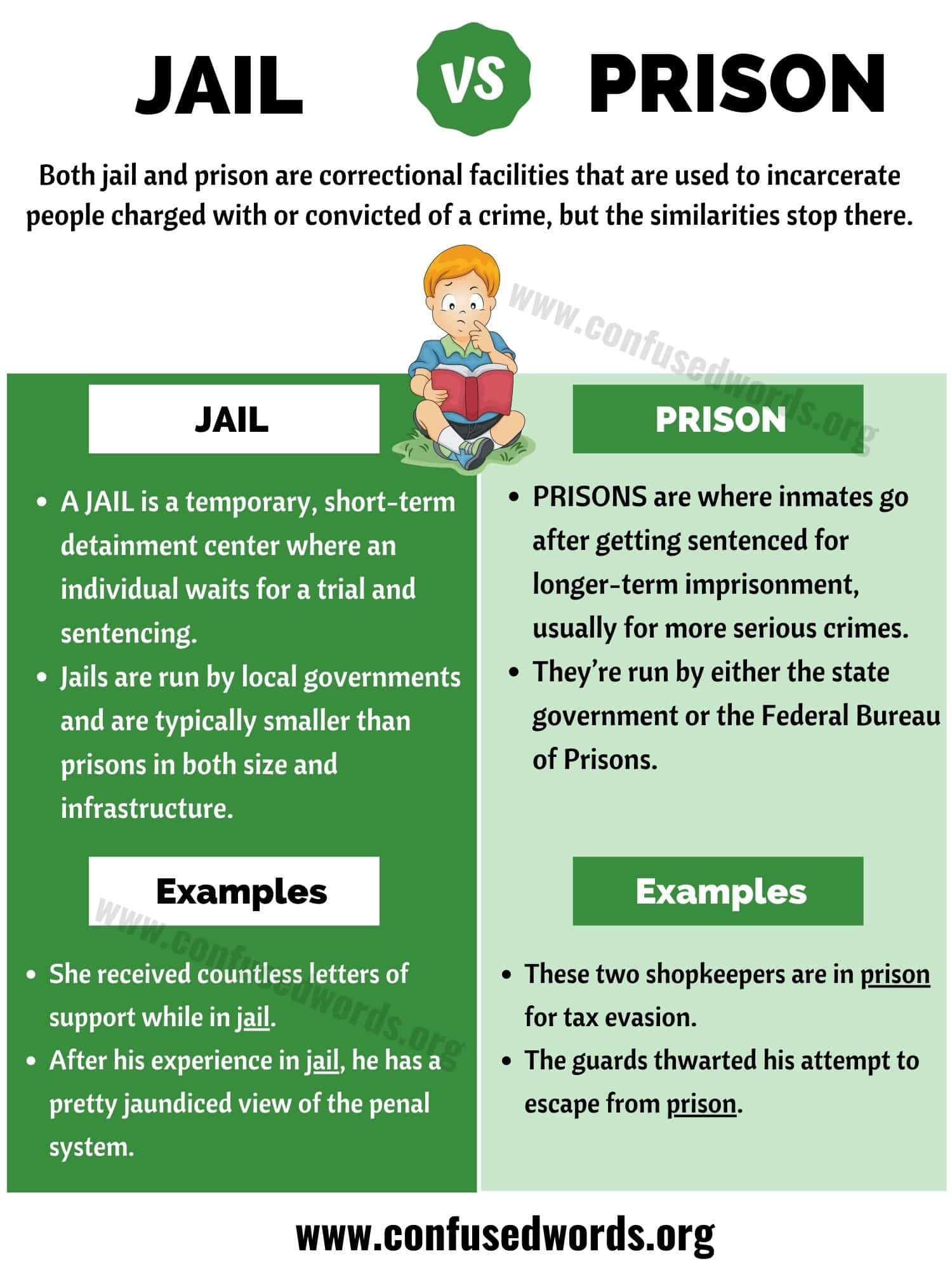