What’s the difference between anytime vs any time?

Occasionally, the English language can be quite confusing, especially when it comes to determining the correct usage of two words that appear to be pretty much the same whichever way they are written. However, understanding the correct time to use each one can be imperative in making sure that a sentence comes across in the correct context.

Anytime vs Any Time

Difference between Anytime vs Any Time

Despite how similar they appear, there is actually a big difference between the one-word “anytime” and the two-word “any time”. Anytime is an adverb and can be used the same way that you use any other adverb. Generally, anytime means “at any time”, and can be used in place of it.

Any time is the more commonly used version and is a noun phrase. It can still be used as an adverb, just like anytime, but it also works as a noun phrase as well. Any time is always used after a preposition and this phrase generally means “any amount of time”.

When to Use Anytime

We can go and watch the film anytime tomorrow afternoon.

This sentence uses anytime because at any time would fit in the same context.

We can go anytime you want to.

This sentence uses anytime as it is a substitute for whenever.

When to Use Any Time

I can meet you at any time of the day.

This sentence should always use the two-word version as it is following at.

I’m sorry, I don’t have any time to speak to her today.

This sentence should always use the two-word version as it is talking about an amount of time.

As anytime is an adverb and any time can be used as an adverb, despite it being a noun phrase, any time is always correct as it can be used in any situation. For this reason, it is the most commonly used version and is widely accepted. Also, if people are ever in doubt over which one to use, any time is the one that they will usually choose.

While anytime is an adverb and can be used in any adverb situation, care should always be taken to never use it in the context of a particular amount of time, or when following at.

Anytime vs Any Time | Infographic 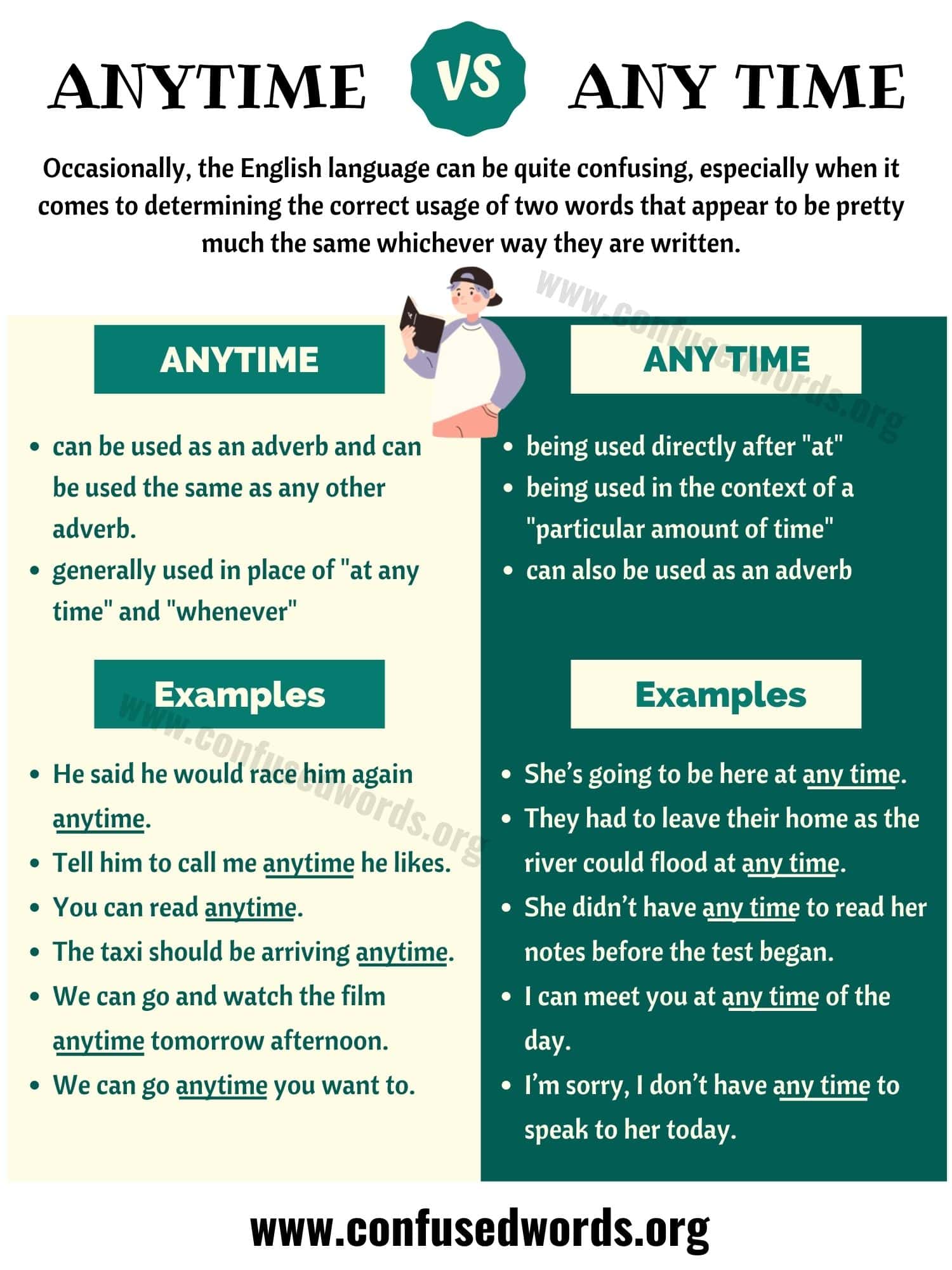