LEARNT vs LEARNED!!! How to Use Learned vs Learnt in English? Learn the difference between the verbs Learnt and Learned.

Learned or Learnt? What’s the difference between Learnt or Learned?

When to Use LEARNT

Outside America, learnt is more common, but learned is generally accepted.

When to Use LEARNED

In America, learned dominates. The use of learnt as the past tense or past participle of to learn is considered a spelling mistake by many.

Learned vs Learnt – How to Use Learned or Learnt | Infographic 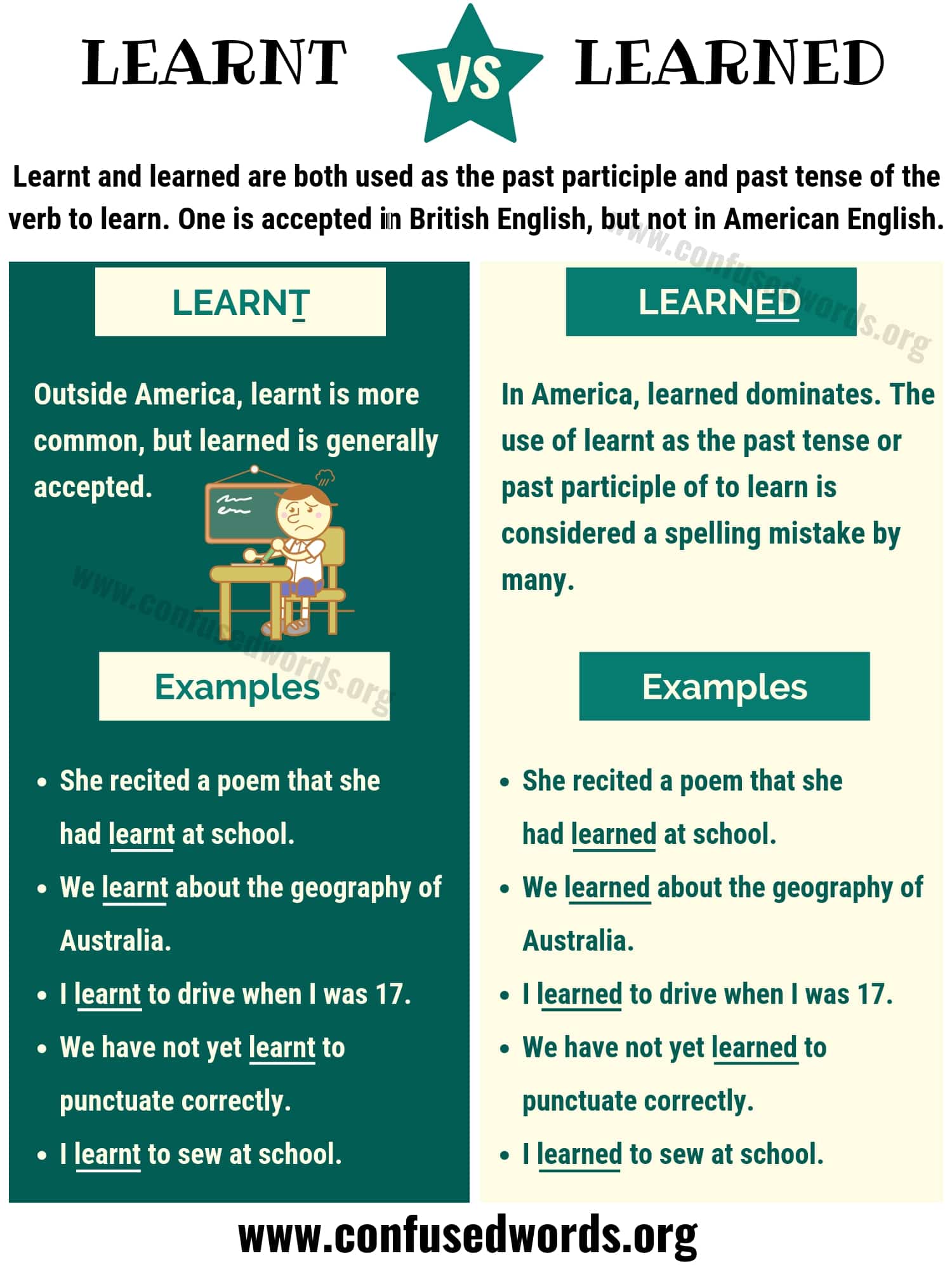