Home
Commonly Confused Words
Confused Words: W
WHICH vs WHAT: How to Use What vs Which in English?
1.1kFacebookTwitter2.5kPinterestLinkedIn
3.7k
SHARES

Which vs What!!! When do you use what or which? Below is the explanation of the difference between what vs which and when to use them.

Which or What? What’s the difference between What vs Which?

They are two common interrogative pronouns in English.

Which Definition and Examples

Which is used for a limited number of choices.

What Definition and Examples

What is used for an unlimited number of choices.

What or Which | Infographic

Which or What – Difference between Which vs What 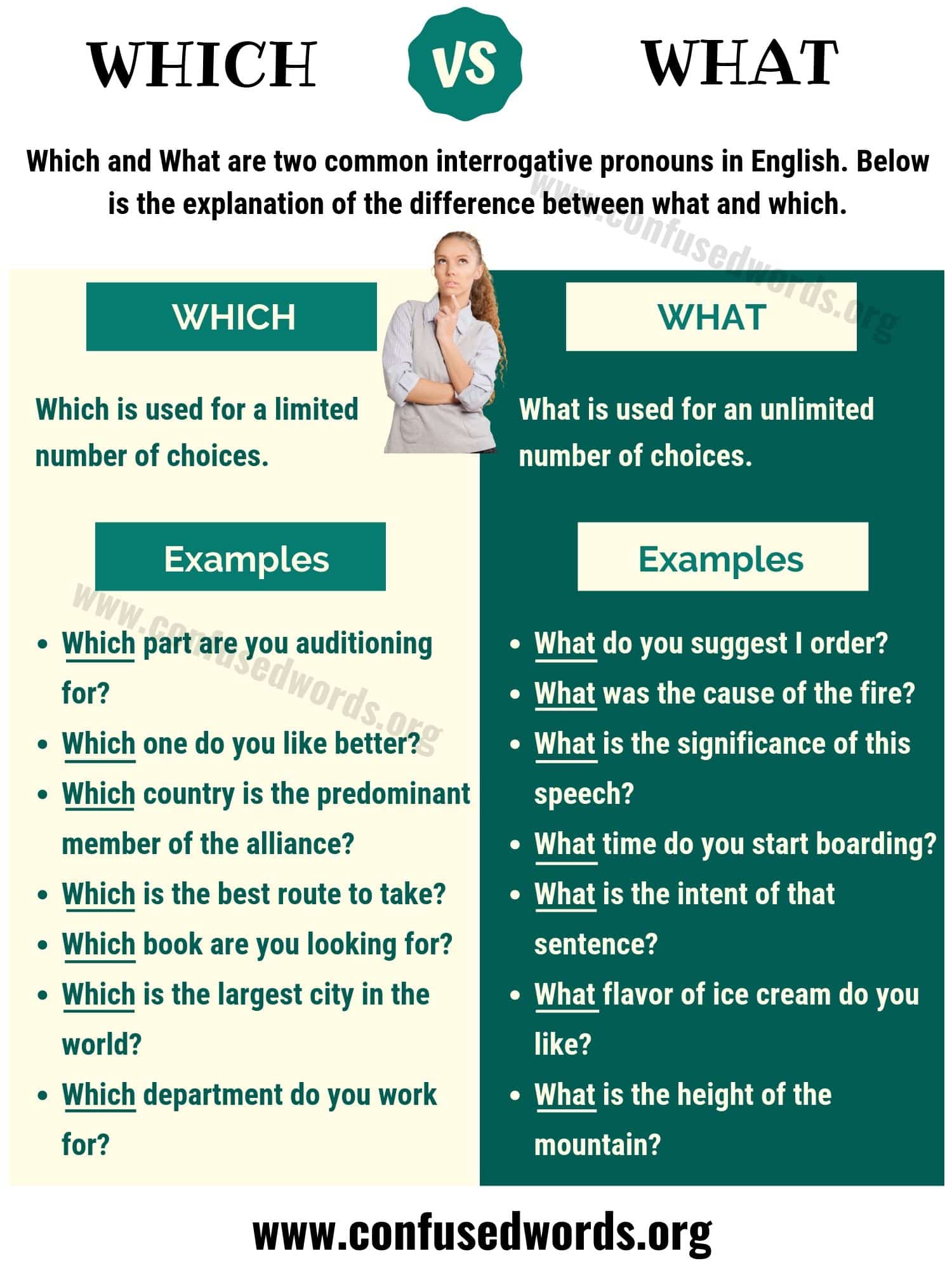 What flavor of ice cream do you like?
I would think there’s a limited number of flavors.
So I think you can use both here, which and what.