Let’s take a look at the difference between a leader and a boss.

A boss is an individual who is in charge of the employee or an organization.

A leader is an individual who possesses the ability to influence and inspire others, towards the accomplishment of goals.

Key Differences between Boss vs Leader 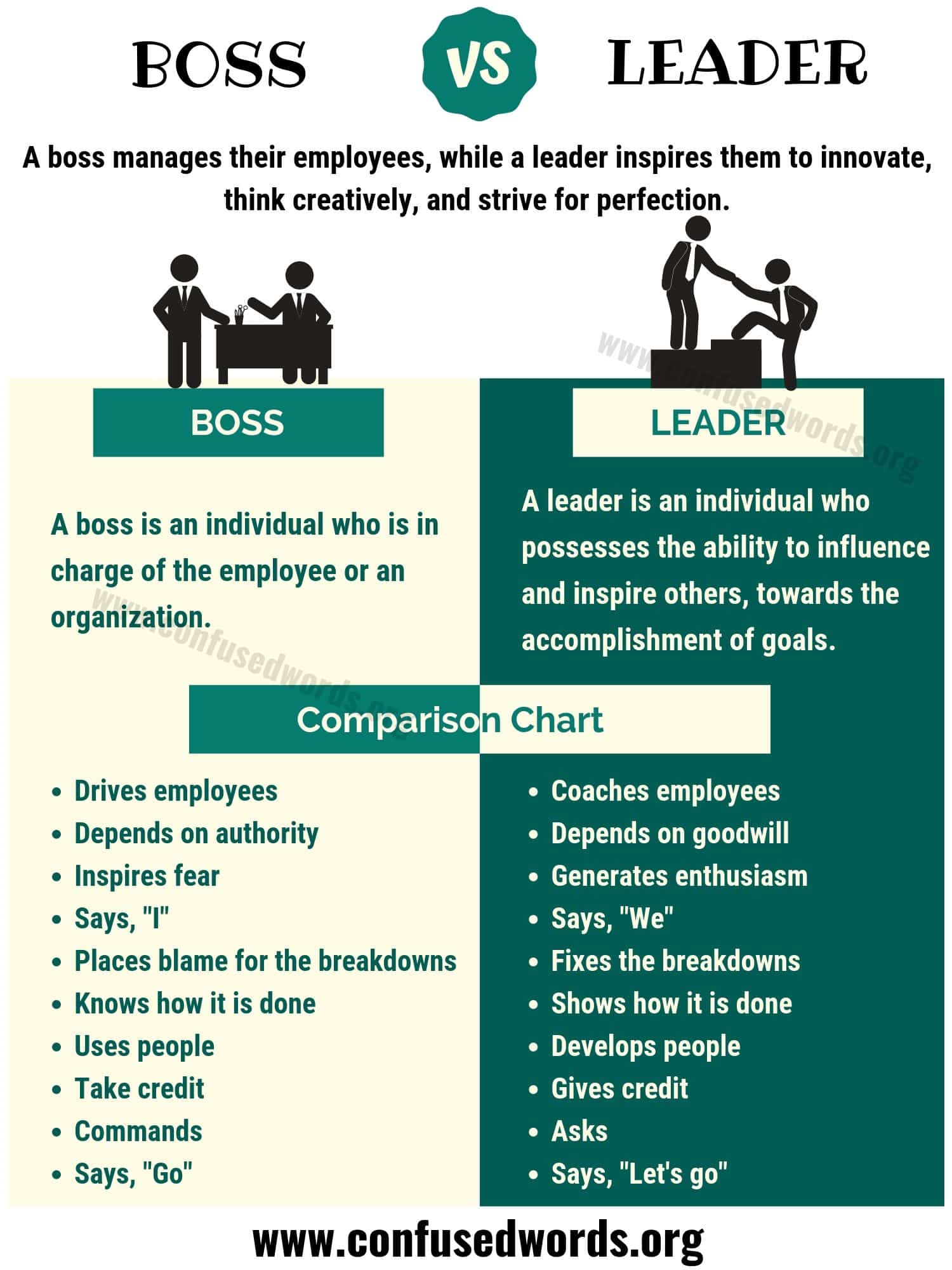