Home
Commonly Confused Words
Confused Words: H
HAS vs HAVE: How to Use Have vs Has in Sentences?
3.7kFacebookTwitter2.7kPinterestLinkedIn
6.5k
SHARES

HAS vs HAVE!!! How to use Have vs Has in English sentence? Learn the difference between has and have and how to use them correctly. Let’s start!

Has or Have? When do you use Have or Has?

Have vs Has sometimes gets confused with each other in people’s writing but more often in speech because have is an irregular verb. Therefore, it doesn’t take the usual verb endings of other English verbs.

How to Use HAVE

Have is used with the pronouns: I, you, we, they and pluralized nouns.

How to Use HAS

Has is used with the third person singular (he, she, it).

Have vs Has – Difference between Has and Have| Infographic

Have or Has – When to Use HAS vs HAVE 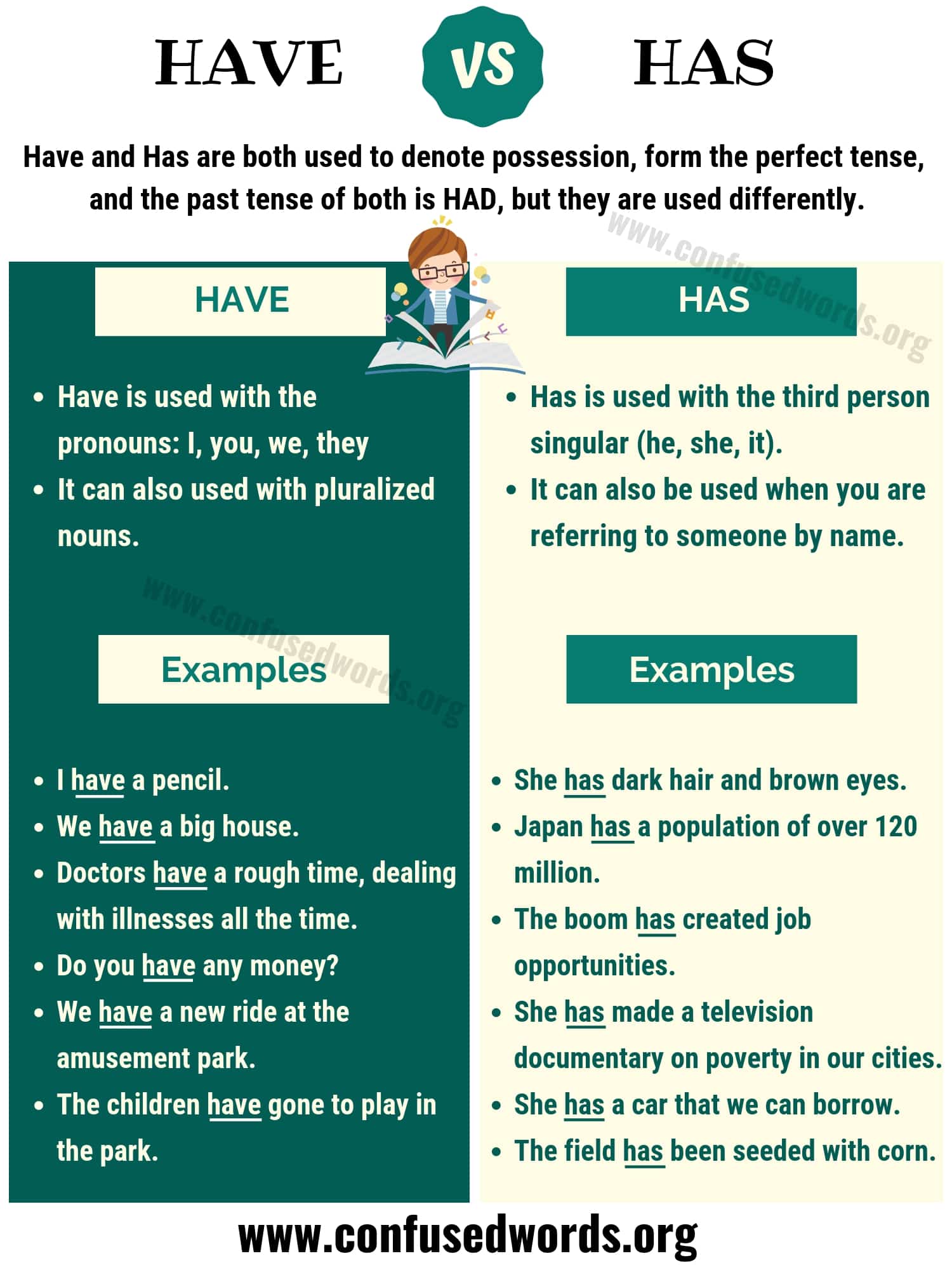 I like how they showed when to use has,had and have