Home
Commonly Confused Words
Confused Words: B
BORN vs BORNE: How to Use Borne vs Born in English
1.3kFacebookTwitter1.5kPinterestLinkedIn
2.9k
SHARES

BORN vs BORNE!!! What’s the Difference between Borne vs Born? Born and borne are homophones. They often cause confusion because they sound alike and have similar spellings. Despite these similarities, they actually have different meanings.

How to Use Borne vs Born in English?

Borne is an adjective which means to carry, or to transport.

When to Use BORNE vs BORN | Infographic

What’s the Difference between Born vs Borne? 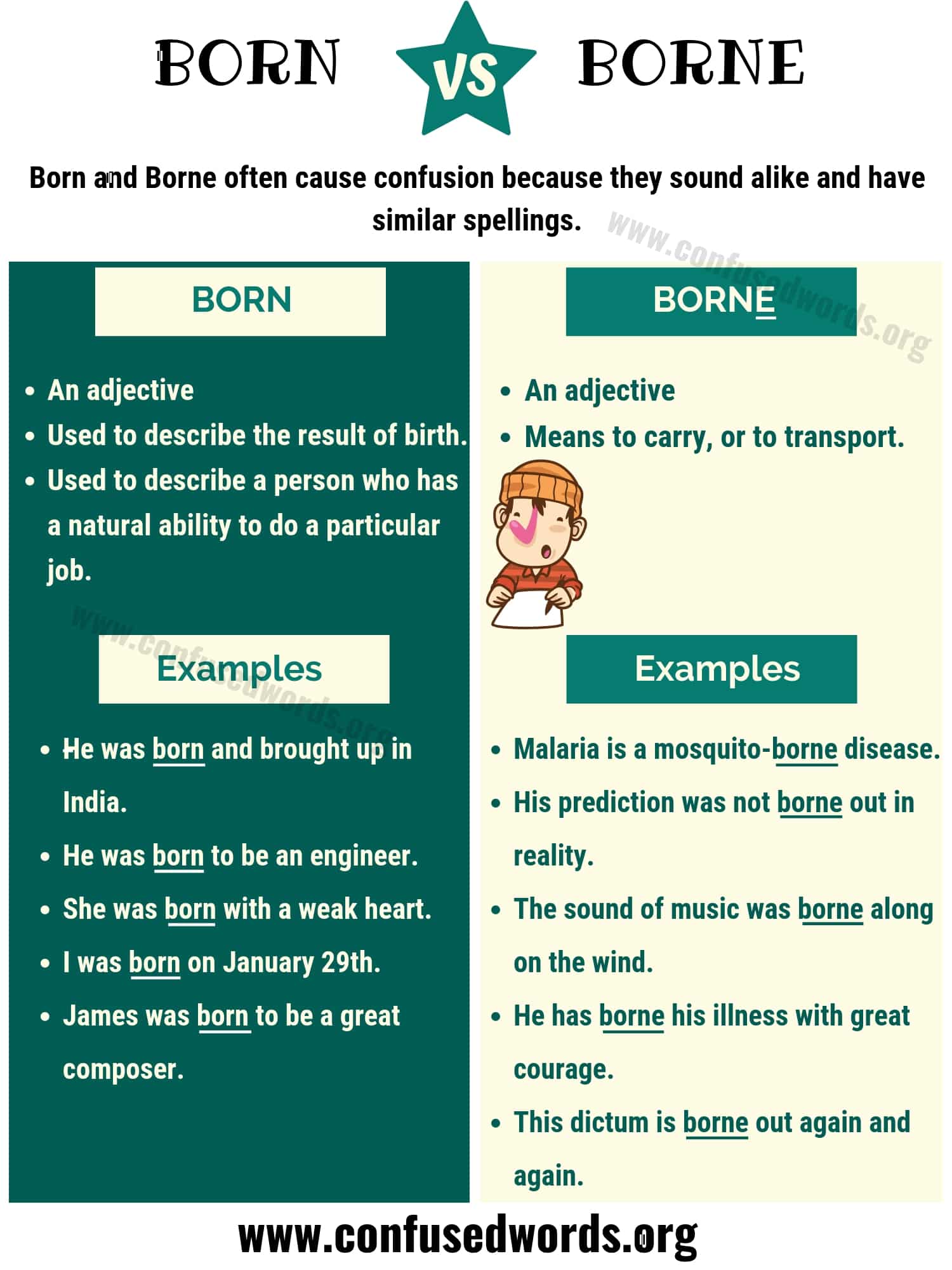