Woman vs Women!!! When do you use Women vs Woman? Learn the difference between woman vs women and how to use them in English with examples and ESL infographic.

Women or Woman – How to Use Woman or Women in English?

Both woman and women are used to indicate females. Woman is a singular noun whereas women is a plural noun. A woman is a woman, never a women. It’s just the same as with freshman versus freshmen.

When to Use Woman

A woman is a singular noun used to refer to an adult lady.

When to Use Women

Woman or Women | Difference between Women vs Woman | Infographic

Women or Woman – How to Use Woman vs Women Correctly? 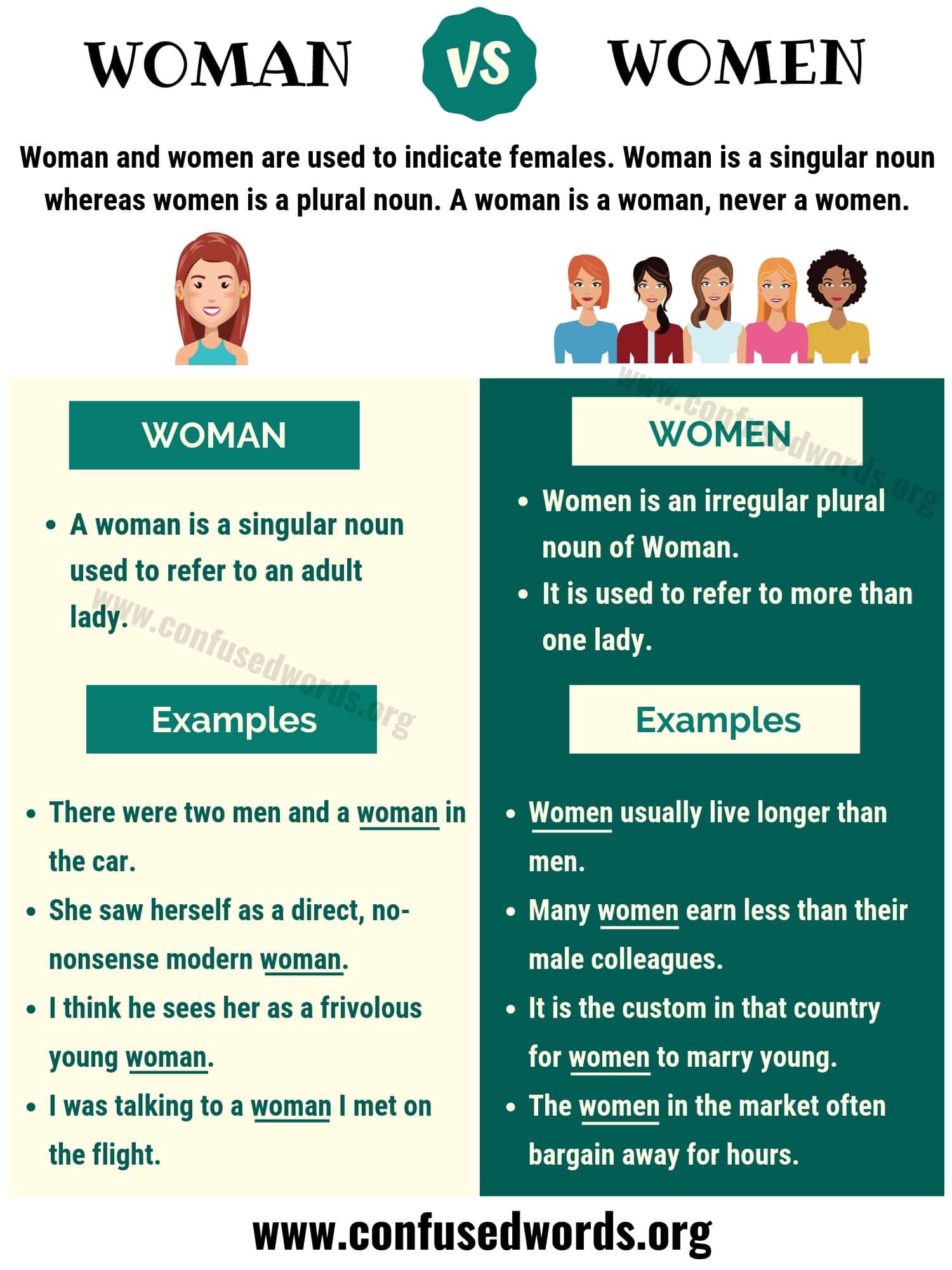 Why is women pronounced as “wemen”?

THAT REALLY HELPED ME I DID NOT KNOW THEIR DIFFERENCE

Please help. I am really stuck here.
Should I use woman or women?
He dedicated his book to all English woman/ women ???