Wonder vs Wander!!! Although wonder and wander are two different words, sometimes learners confuse them because they sound similar. This interesting lesson will help you understand the difference between wonder vs wander and how to use them.

These words sound similar, but they are NOT homophones.

Wonder functions as a verb or a noun.

1. As a verb, it means to ponder, to feel curious, or to want to know something. For example:

2. As a noun, it refers to a feeling of amazement.

1. As a verb, it means to walk without destination or purpose.

2. As a noun, it indicates the act of wandering.

When to Use Wonder vs Wander | Infographic 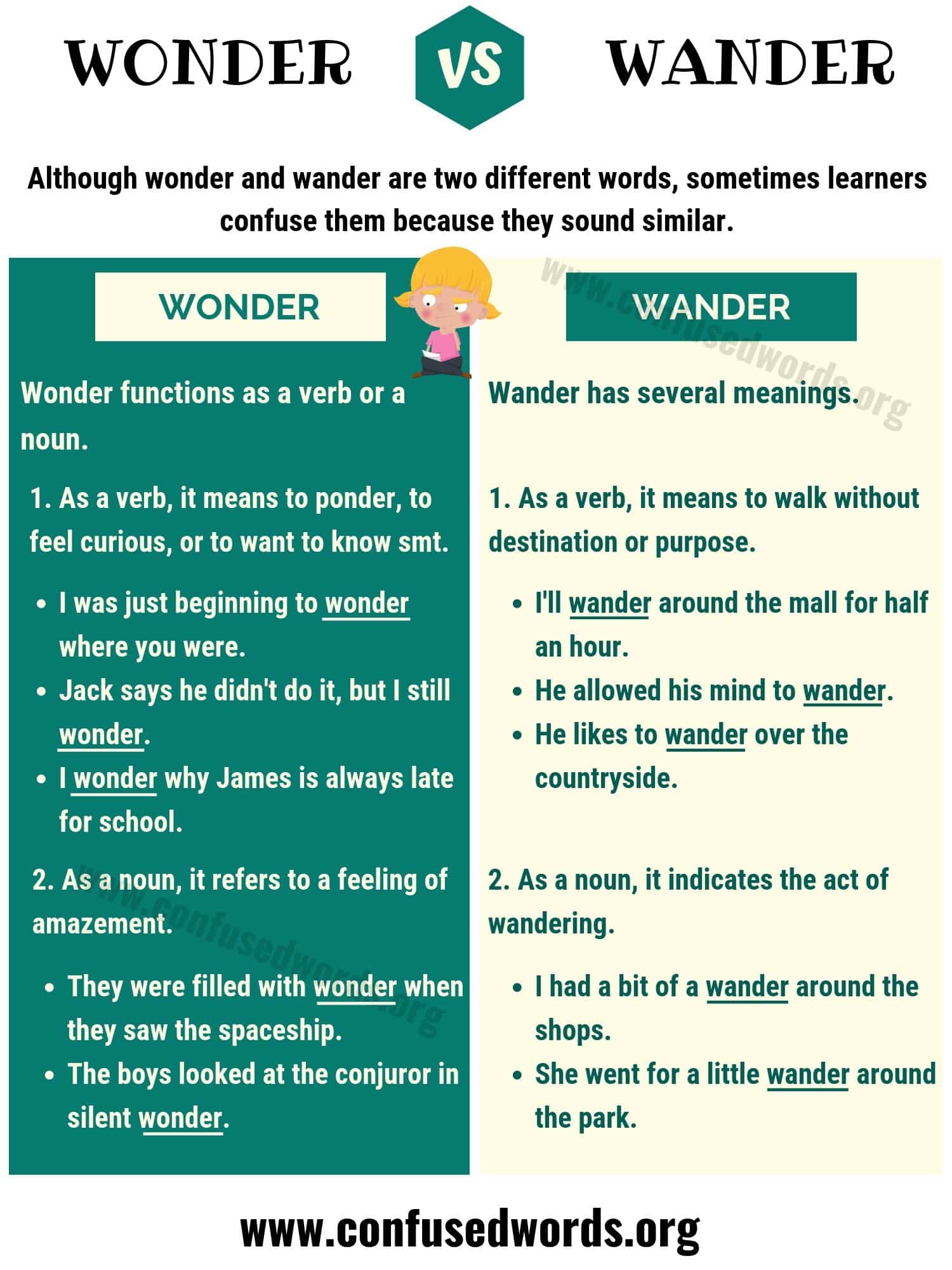