Seen vs Saw!!! “Saw” is the past tense while “seen” is the past participle of the verb “see”. Learn the difference between saw vs seen and how to use them in English sentences with useful examples and infographic.

Seen or Saw? When to use Seen vs Saw?

This useful lesson will help you understand the difference between these confused words.

When to Use Seen

When to Use Saw

How to Use Saw vs Seen in Sentences? 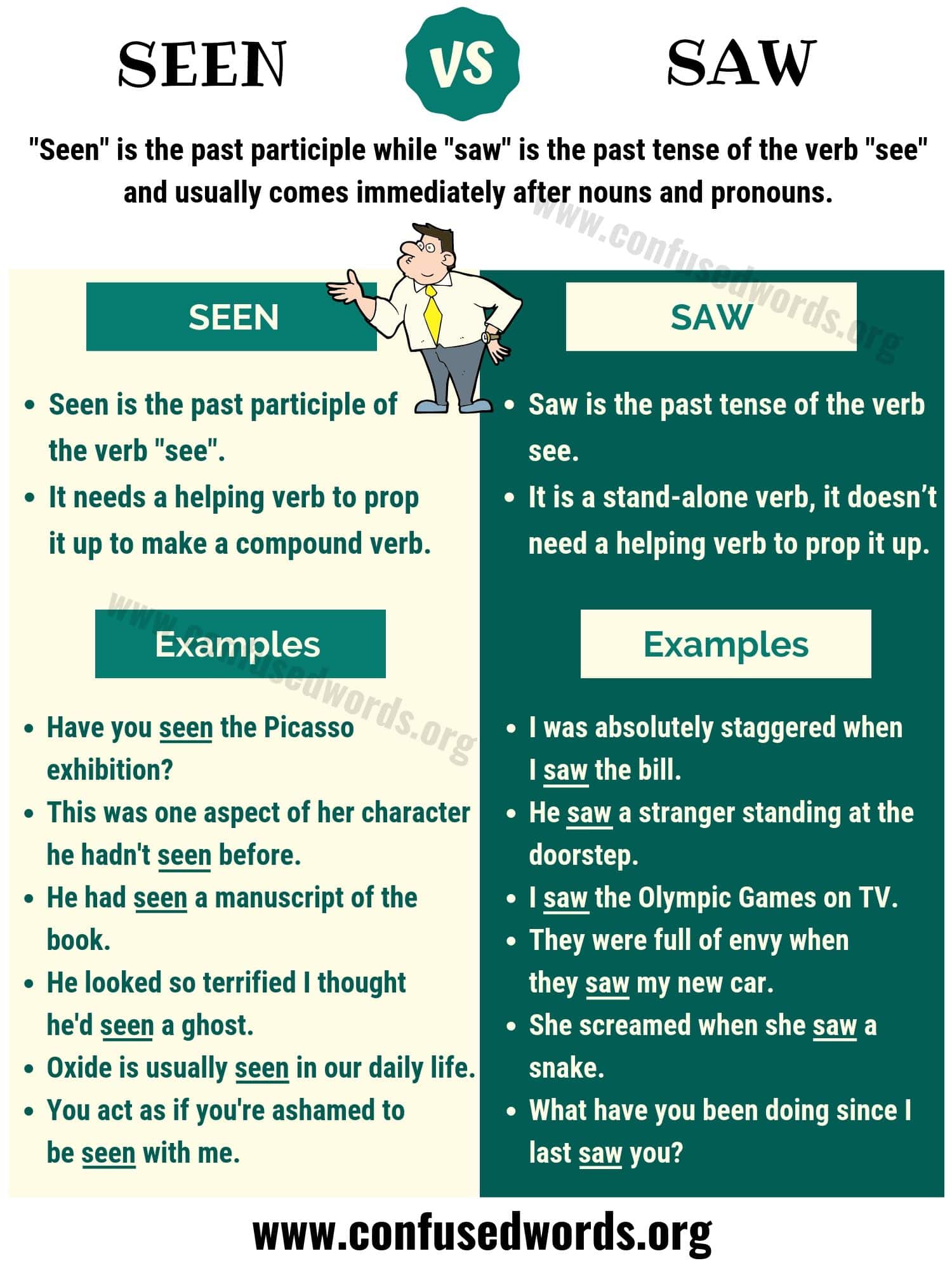