Payed vs Paid!!! In this lesson, we show the difference between paid vs payed and how to use them in a sentence with examples and ESL infographic.

Understandably, interchanging paid and payed is an easy mistake to make—one that tends to slip by some writers.

When to Use Payed

Payed is used in a nautical context and relates to ships or ropes, chains, cables, cords, etc.

When to Use Paid

Paid is the past tense and past participle of the verb “pay”, which means exchanging money for a product.

Difference between Paid vs Payed | Infographic 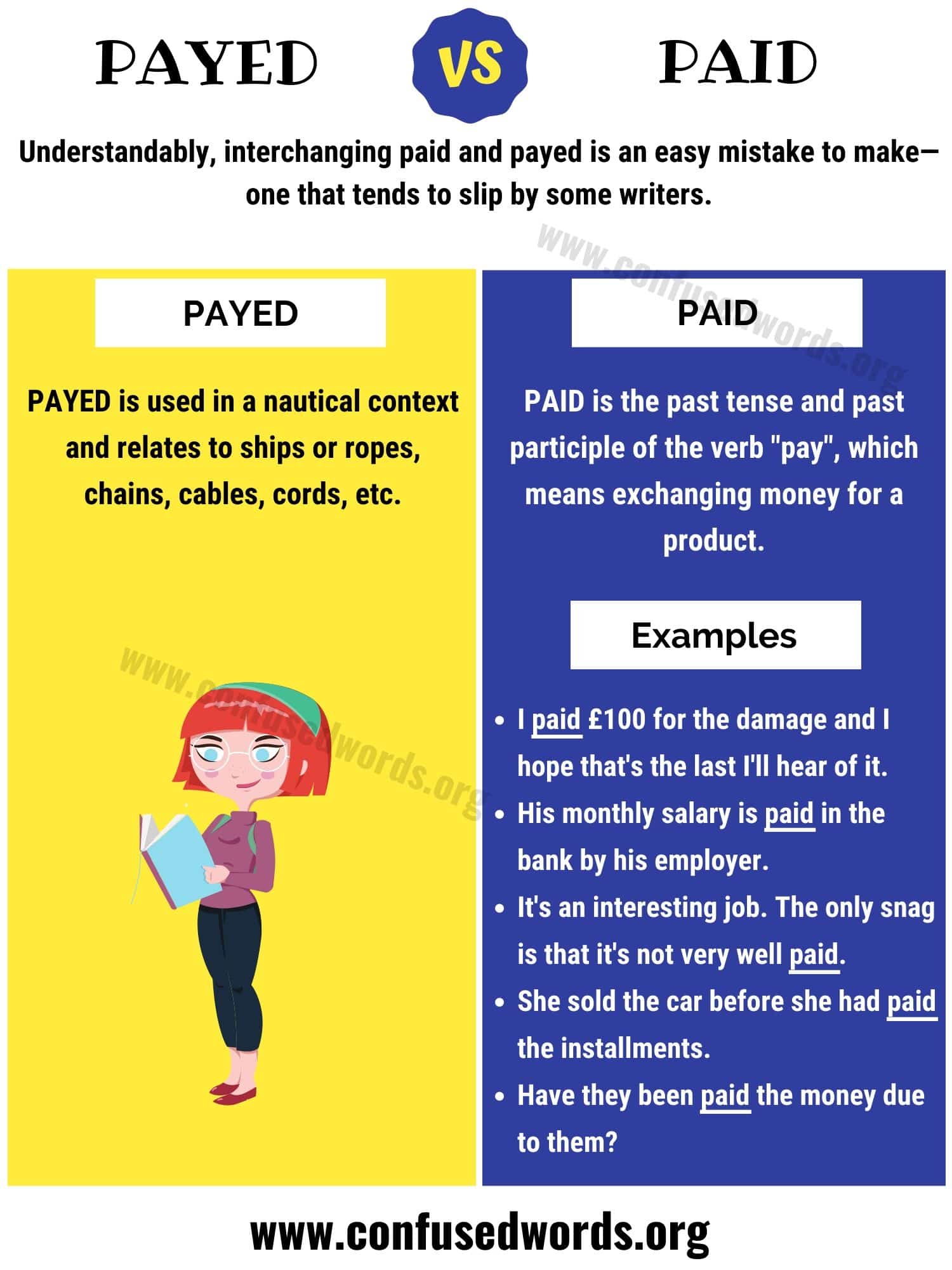 Can you provide examples with the “payed”?

Can you provide examples with the word “payed”?