LED vs LEAD!!! What’s the Difference between Lead vs Led?

Led or Lead? When to Use Lead or Led?

The verbs Lead and Led are homophones.

When to Use LED

When to Use LEAD

Lead can be used as a noun or a verb.

Lead vs Led – When to Use Led or Lead | Infographic

Lead or Led – Difference between Led vs Lead 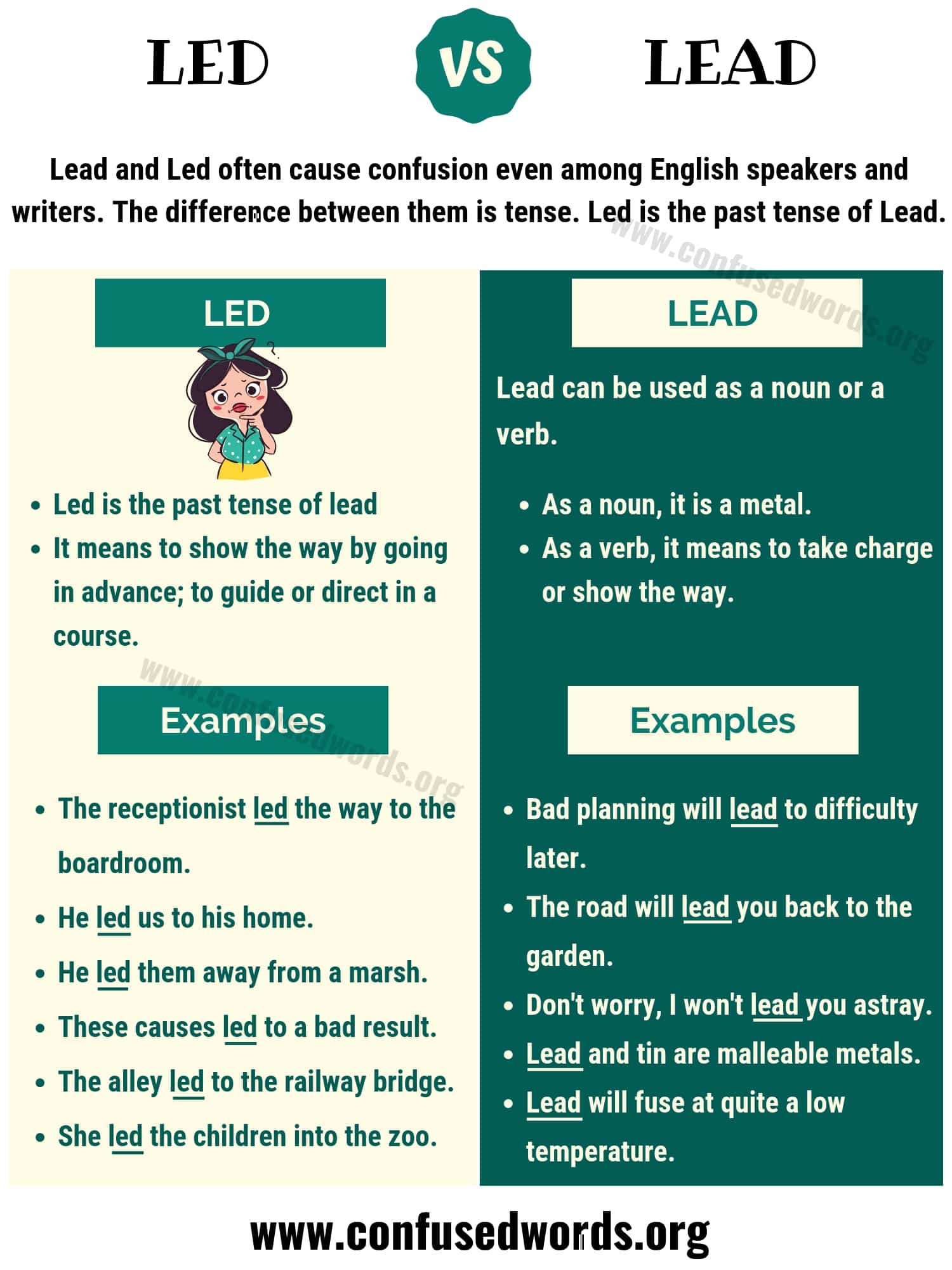 Thanks for this. I’ve been teaching high school for four decades and kids never used to have this problem. Now, there are LED (light-emitting diodes) that they’re more familiar with so they figure they can’t use the same thing for a past tense. I’d like to find that elementary teacher who’s telling them this. I thing he or she is also the one telling them that to make ANY plural, you just add apostrophe-S.