Flyer and flier are, essentially, used interchangeably. They are used as nouns to refer to people or things that fly, as well as small, one-page advertisements or announcements that are meant to disseminate information quickly.

When to Use Flier

The noun flier describes something or someone that flies. (In the United States, flier is occasionally used to denote a leaflet. However, flyer is more widely accepted for a leaflet.)

When to Use Flyer

The word flyer is a noun meaning leaflet, pamphlet, or handbill.

Difference between Flier vs Flyer Infographic 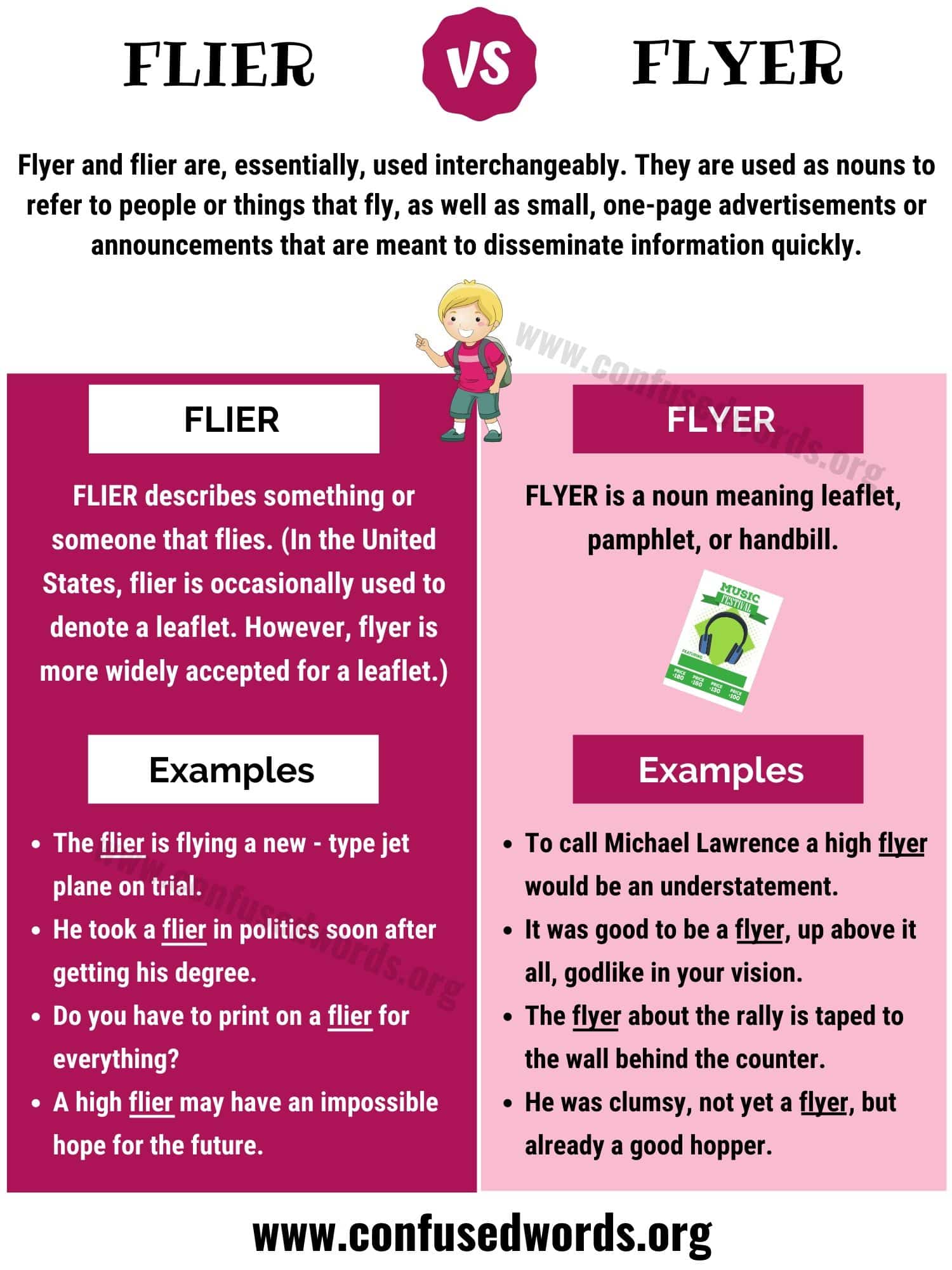