Home
Commonly Confused Words
Confused Words: A
AMONG vs AMONGST: How to Use Amongst vs Among in English?
2.8kFacebookTwitter3.1kPinterestLinkedIn
5.9k
SHARES

AMONG vs AMONGST!!! What’s the difference between Amongst vs Among?

Among or Amongst? When to Use Amongst or Among?

Among and amongst are both prepositions. They mean in the midst of, surrounded by, in the company of, or in association with. But among is most common, particularly in American English.

There is no demonstrable difference of sense or function between Among and Amongst. Amongst is just a variant of among. This means you can use them interchangeably, but among is more common in modern writing.

Some people try to distinguish between Among vs Amongst, but this really is a case when either word is valid.

Among or Amongst – Difference between Amongst vs Among | Infographic

Amongst or Among – How to Use Among vs Amongst Correctly? 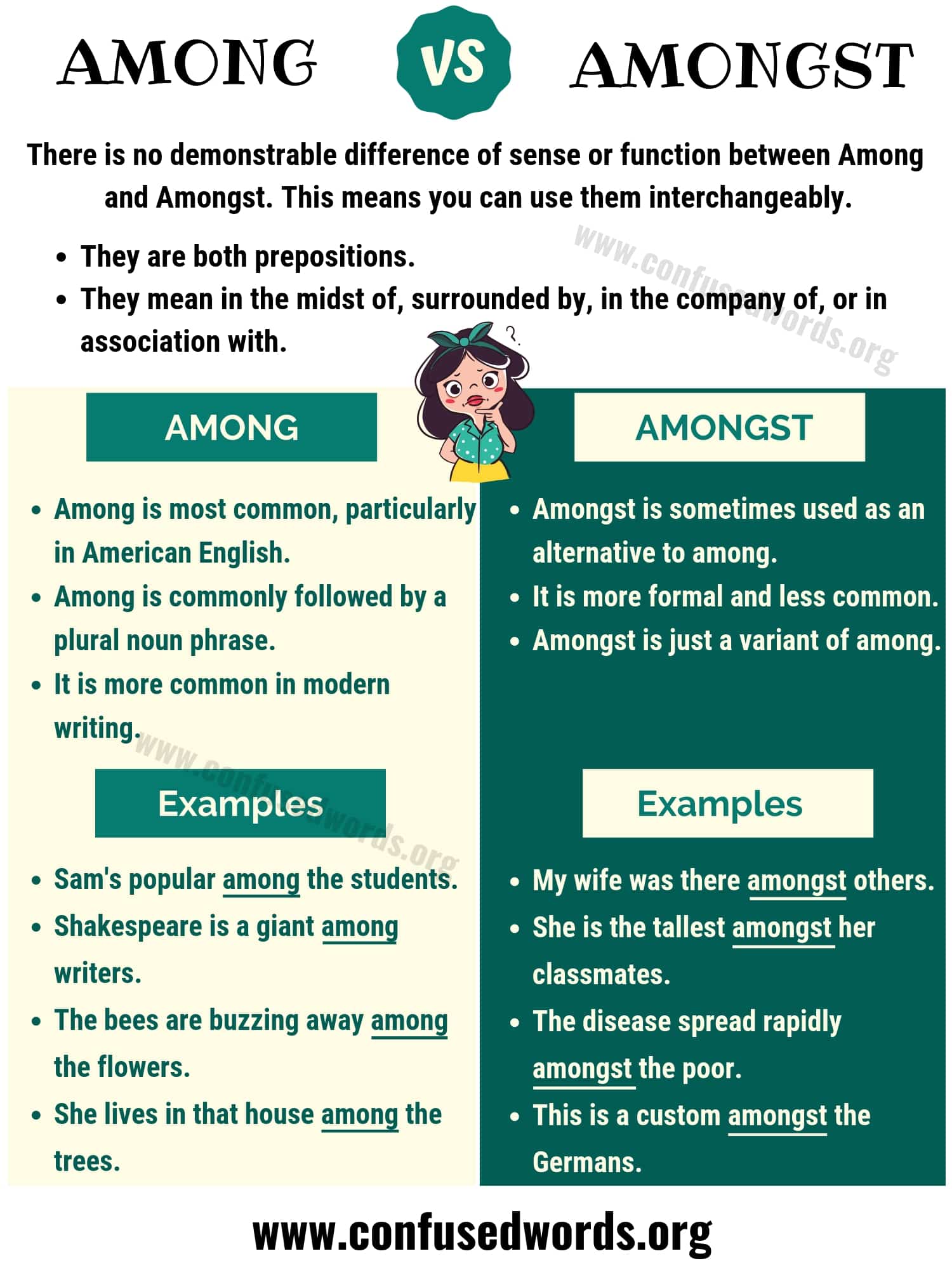